BJP government has either killed the goons in the encounter or have put them behind bars who used to collect 'Gunda-Tax' during UPA govt. 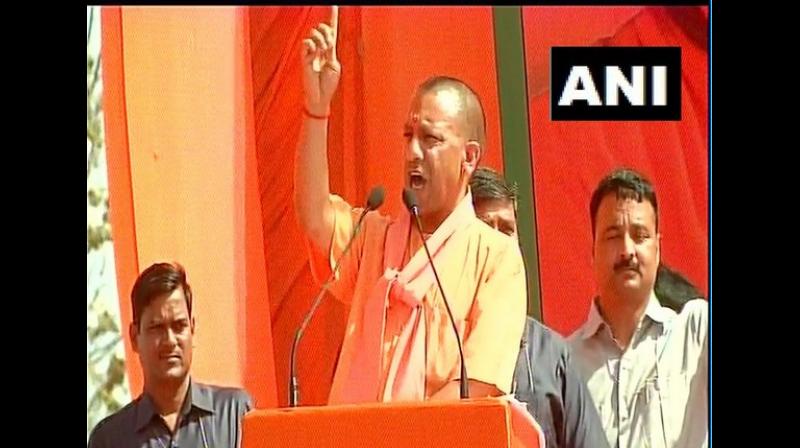 "I was listening to one of the sentences of 'Kul-Deepak' of 'Naamdars.' He said that sugarcane trees have not been planted. He also said that if his government is formed, it will grow one and a half feet of potato. He thinks that potato grows on trees as mango does," said Yogi, while addressing a public meeting.

"When we came to power, farmers were in distress. They were in debt. After coming to power we waived off the loans of 75,000 farmers alone in Saharanpur. We have given them the required minimum support price (MSP) for their crops," said Yogi.

"Congress, SP, and BSP have done nothing for the state in the last 55-60 years while the work done by Prime Minister Narendra Modi in last 55 months is unmatchable," said Yogi.

He said the previous government gave patronage to anti-social elements and goons who used to collect "Gunda-Tax" but the BJP government has either killed the goons in the encounter or have put them behind bars.