He also claimed that the statements of the Congress leaders are retweeted more by the people of Pakistan than their counterparts in India. 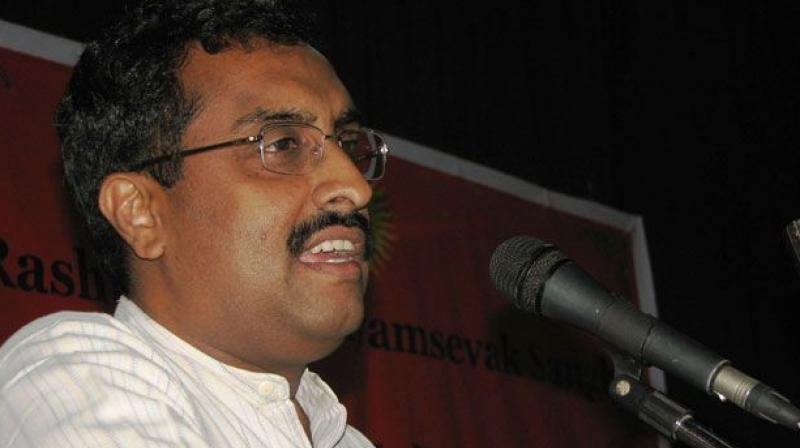 Guwahati: BJP national general secretary Ram Madhav Sunday said the Congress might win an election in Pakistan if it contests from there as the opposition party is "banking on lies" and the neighbouring country.

He also claimed that the statements of the Congress leaders are retweeted more by the people of Pakistan than their counterparts in India. "Their comments are more retweeted and publicised by the people of the neighbouring country than our own. The Congress might win an election in Pakistan if it contests from there. This is the condition of our main opposition party," the BJP leader told a press conference here. "The Congress does not have any issue to really take on our government, our leader and our party.

It is banking on lies and Pakistan," the BJP leader said. Pointing out that the Congress is fighting a "clueless battle", Madhav said "Nobody in the country is understanding what it wants to say and in which direction it wants to take the country. The people are also not understanding if the Congress is fighting for India or Pakistan." Alleging that the Congress leaders are "doubting" the credentials of the Indian Army, the senior BJP leader said the opposition party was not only questioning the success of the BJP-led government, but also making "derogatory remarks" about the Army. When asked about the allegation of former Karnataka chief minister BS Yeddyurappa paying a bribe of Rs 1,800 crore to top BJP leaders, Madhav said, "It is bogus news...the Congress has no issue today to confront us and it is only banking on lies."