In at least 15 Assembly seats, the BJP leadership is facing protests over ticket distribution 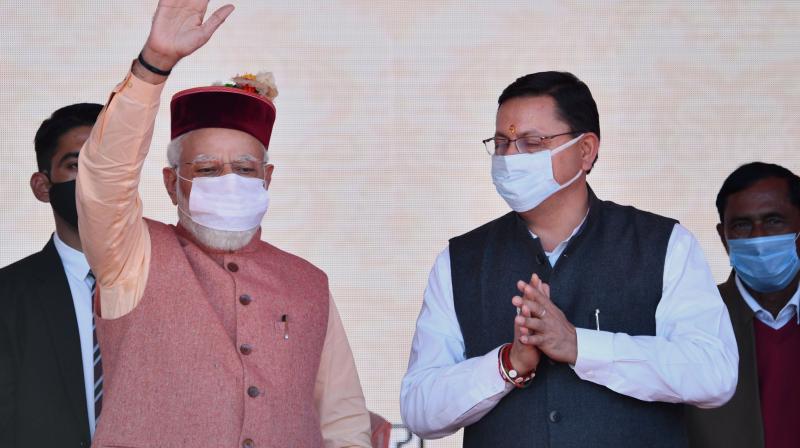 New Delhi: Facing dissidence in its Uttarakhand unit over ticket distribution, the BJP leadership is also keeping a watchful eye on chief minister Pushkar Singh Dhami’s Assembly seat, Khatima, after receiving feedback that some senior party leaders could play a spoilsport. In at least 15 Assembly seats, the BJP leadership is facing protests over ticket distribution and the party’s official candidates will have to face the rebel candidates too.

Seething over being “sidelined” after 46-year-old Pushkar Singh Dhami was given the top post by the central leadership, some of these leaders feel that they will be “completely sidelined” in the organization if Mr Dhami continues at the post if the party retains power in the hill state. Ever since its creation, Uttarakhand has been bringing the BJP and the Congress to power alternately. Also, previously sitting chief ministers – B.C. Khanduri (BJP) and Harish Rawat (Congress) have lost the election, making Mr Dhami’s poll managers wary this time.

Some of the senior state leaders also feel that like the party’s Maharashtra and Goa units, where accession of Devendra Fadnavis and Pramod Sawant respectively, had heralded the advent of second generation leadership in the organisation, the decision to appoint Mr Dhami as the chief minister was a similar indication that the central leadership will implement the same strategy in the hill state.

Khatima Assembly seat comes in the Terai region of the state and Mr Dhami’s main opponent, Congress’s Bhuvan Chandra Kapdi, had lost the last elections by a margin of less than 3,000 votes. Though most opinion polls have predicted the BJP retaining power in the state, the main Opposition Congress is also shown bettering its tally as compared to last polls.