UP elections: RLD releases fourth list, 71 in fray so far

The current list spans 10 constituencies, mostly for the first phase of polls. 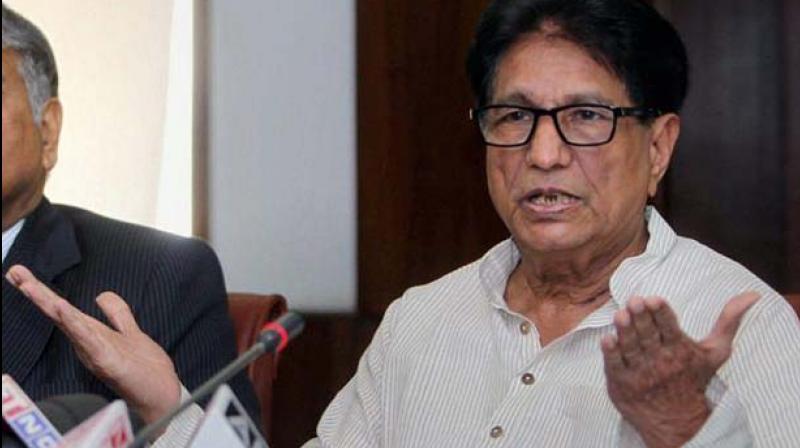 New Delhi: As all talks, in the last couple of days, of the Rashtriya Lok Dal (RLD) of Ajit Singh to be a part of the Congress and SP failed, it came out with it fourth list of candidates for the upcoming Uttar Pradesh elections. The RLD has announced that it will contest the elections in all the 403 constituencies of the Uttar Pradesh Assembly.

The current list spans 10 constituencies, mostly for the first phase of polls. The prominent seats for which candidates have been announced include Meerut, Agra North, Fatehpur Sikri and Tundla. Those who have made to it the fourth list include Shahnawaz Rana from Khatauli, Yashveer Singh from Siwalkhas, Sanjeev Pal from Meerut, Umesh Verma from Agra North and Brijesh Chahar from Fatehpur Sikri.

All these constituencies will go to polls during Phase-I of the election, except for Tilhar and Zafrabad, where the polls will be held during Phase-II and VII, respectively.

With Monday’s announcement, the Ajit Singh-led party has so far released names of 71 candidates, mostly for the Phase-I and II of the polls. In the last UP Assembly elections in 2012, the RLD, which claims to wield power in western UP, had contested 40 seats and managed to win nine seats while forfeiting deposit on 20. While in the 2014 Lok Sabha elections it could not even win one seat even its stronghold of western UP. Even its supremo, Ajit Singh, lost to BJP newcomer Satyapal Singh who was earlier the police commissioner of Mumbai.