The proposal that is aimed at wooing the OBCs in the upcoming elections will now be sent to the Centre for clearance. 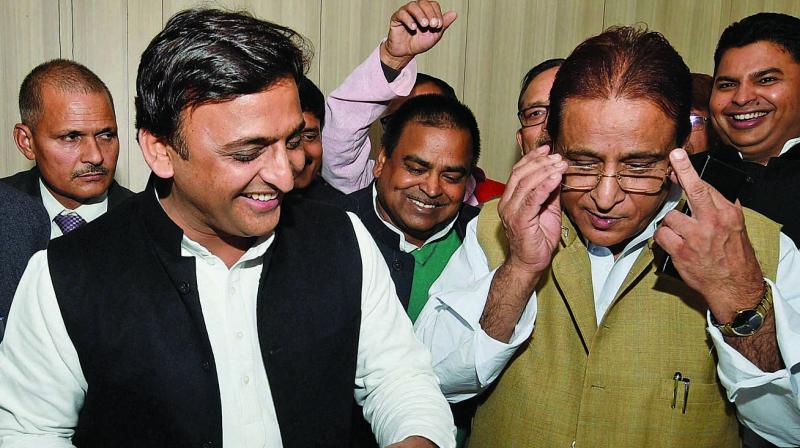 Lucknow: With the Assembly polls in Uttar Pradesh around the corner, the Akhilesh government, during a Cabinet meeting, approved on Thursday the conversion of 17 other backward castes (OBCs) to Scheduled Castes (SC) list.

The proposal that is aimed at wooing the OBCs in the upcoming elections will now be sent to the Centre for clearance.

The 17 sub-castes, which the government wants to include in the SC category, are Kahar, Kashyap, Kewat, Nishad, Bind, Bhar, Prajapati, Rajbhar, Batham, Gaur, Tura, Majhi, Mallah, Kumhar, Dheemar and Machua.

This is not the first time the state has approved the inclusion of these 17 OBC castes in the SC list. In March 2013, the Assembly had passed a resolution asking the Centre to include 17 castes of the state into the list of SC category. The resolution had been passed by a voice vote.

The Mulayam Yadav government, too, had passed the same resolution in February 2004 and had sent the recommendation to the Centre for the inclusion of these castes in SC list in December 2004. Later, the state government issued an order on October 10, 2005, giving the SC benefits to these castes but it was struck down by the high court citing the state was not authorised to include or remove any caste in the list.

BSP president Mayawati, in a statement, has slammed the Akhilesh government for making “yet another attempt to fool the OBCs”. She said the matter is pending with the Centre since years and instead of pursuing the case, the state government is playing games with the OBCs on the election eve.