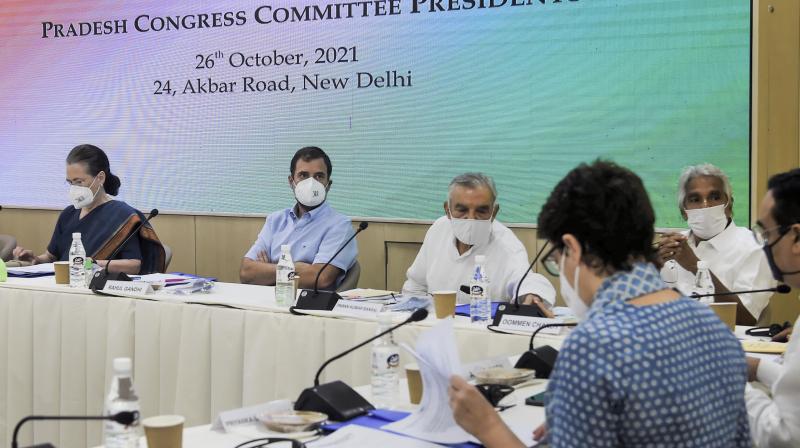 “The Modi government rarely backs down like it did on farm laws; so we have to leverage this in the upcoming winter session and put the government on the mat,” said senior Congress leader on the condition of anonymity.

The party has already sent feelers to other opposition parties to a joint fight against the Centre as it happened in the monsoon session of parliament. Apart from broader issues, top opposition leaders are expected to meet ahead of the session to discuss the floor management plan.

Congress leader Rahul Gandhi has already announced that his party wants to debate the Rafale deal and the Pegasus spyware controversy.

The Congress has also objected to the increase in the jurisdiction of the Border Security Force (BSF) in the border state of Punjab. The Congress’ stand on BSF found resonance in West Bengal, where the ruling party in the state — the Trinamul Congress — has objected to this move. Both the Congress and the Trinamul Congress want a discussion on the agrarian crisis despite the Centre deciding to repeal farm laws. The parties appear to be keen on taking up the issues raised by the Samyuktha Kisan Morcha (SKM).

While relations between the Trinamool Congress (TMC) and the Congress went sour after the latter tried to poach on the former’s leaders inside and outside West Bengal, sources claim that acrimony will be put aside for the winter session.