After their meeting with the PM, the Bihar CM told reporters later that Mr Modi had heard them patiently 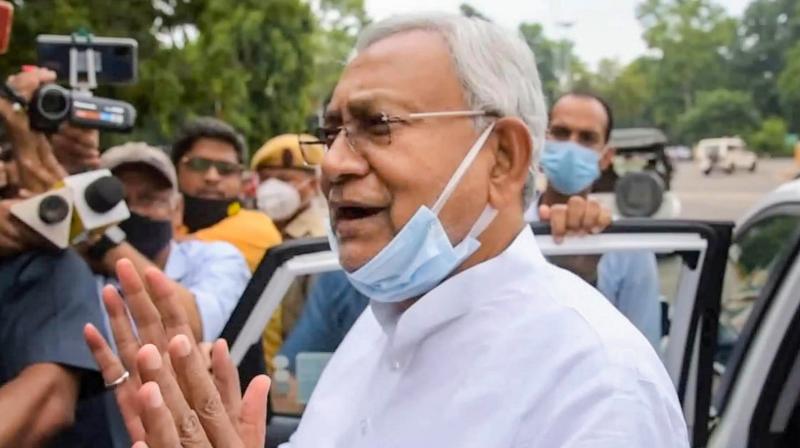 New Delhi: Amid the growing demand from political parties for a “caste census” in India, with the inclusion of OBC data, a 10-party delegation from Bihar led by chief minister Nitish Kumar, whose JD(U) is a constituent of the BJP-led NDA, on Monday met Prime Minister Narendra Modi in a bid to push their demand.

The Bihar CM was joined by RJD leader Tejashwi Yadav, the Leader of the Opposition in the state, and the representatives of many other parties, including the state BJP. Both Mr Kumar and Mr Yadav made a strong pitch for counting the population on the basis of caste.

After their meeting with the PM, the Bihar CM told reporters later that Mr Modi had heard them patiently.

When asked about the Prime Minister’s stand on the issue, Mr Kumar said Mr Modi did not “deny it” (caste census) and heard out everyone. Mr Kumar said a caste-based census would help in formulating various development plans effectively.

Speaking strongly in its support, RJD leader Tejashwi Yadav said it will be a “historic” measure in helping the poor. “If animals and trees can be counted, then so can people,” said the former Bihar deputy CM. He also said that if the data of SCs, STs and different religions can be included in the census, the OBC data should also be made a part of the enumeration exercise.

Asked if the JD(U) and RJD are getting closer with both parties joining hands over the issue, Mr Yadav said the Opposition in Bihar had always supported the government over pro-people measures and those which are in the national interest.

Both Mr Kumar and Mr Yadav, referring to Union minister of state for home Nityanand Rai’s reply in the Rajya Sabha recently that there was no proposal for releasing caste-based population data, claimed that the statement had triggered “unrest” among the people.