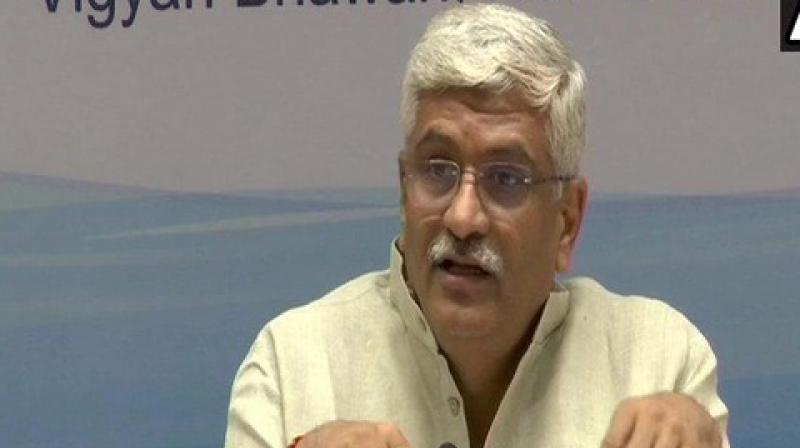 New Delhi: After Congress leaders Jairam Ramesh and Abhishek Manu Singhvi advised opposition parties to not "demonise" Prime Minister Narendra Modi, Union Minister Gajendra Singh Shekhawat on Friday took a jibe and said that the statements came as "God has given some brains to them".

Speaking to ANI, Shekhawat said: "I want to thank Jairam Ramesh and I am glad that God has given some brains to senior Congress leaders when they say that governance of PM Modi should be studied."

Hitting out at the Gandhi family, he said Congress should rise above "family politics".

"Had this been a case earlier, the country would not have been through tough times. We have pledged to make lives of common people better. Congress should rise above its family politics. We saw in Kashmir what three families have done to the region. We will work for the betterment of the people," he said.

His response comes after Ramesh and Singhvi said that demonising Prime Minister Modi all the time will not help. "If you are going to demonise him (PM Modi) all the time, you are not going to be able to confront him," Ramesh had said.

"He talks in a language that connects him with the people. Unless we recognise that he is doing things which people recognise and which have not been done in the past, we are not going to be able to confront this guy," the former Union Minister had said as per various reports.

"Always said demonising Modi wrong. Not only is he PM of nation, a one way opposition actually helps him. Acts are always good, bad and indifferent--they must be judged issue wise and nt person wise. Certainly, Ujjawala scheme is only one amongst other good deeds," Singhvi said in a tweet.

On being asked what he thinks of Congress interim president Sonia Gandhi's support to Chidambaram, he said, "Those who are already on bail are standing in support of those going to prison."

A special anti-corruption court on Thursday sent former Union Finance Minister P Chidambaram to CBI custody till August 26 in connection with the case.