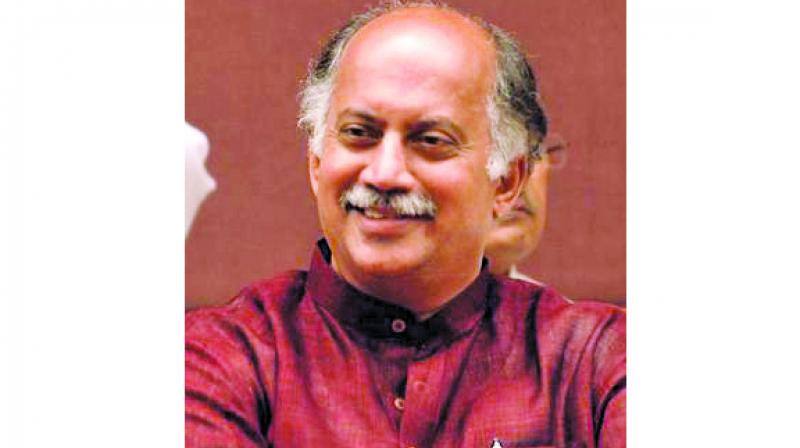 Mr Kamat, was a five-time member of Parliament and had been the Union minister of state for home affairs with the additional charge of communications and information technology from 2009 to 2011. He was also the NSUI president from 1976 to 1980 and had been the former president of the Mumbai Regional Congress Committee.

The 63-year old Congress leader had been taken to the Primus Hospital in Chanakyapuri at 7 this the morning from his private residence at Vasant Enclave after he complained of breathlessness. However, family sources said he died on the way.

Many senior Congress leaders, including former party president Sonia Gandhi, visited the hospital and paid her last respects to the departed leader. Former President Pranab Mukherjee also expressed shock over his untimely demise. “Shocked and pained at the sudden and untimely demise of Shri Gurudas Kamat. A colleague in the government and the party for many years, his passing away at such young age is tragic,” Mr Mukherjee tweeted. Congress president Rahul Gandhi tweeted: “The sudden passing away of senior leader Gurudas Kamat ji, is a massive blow to the Congress family. Gurudas ji helped build the Congress party in Mumbai and  was greatly respected and admired by all. My condolences to his family in their time of grief. May his soul rest in peace”. Union home minister Rajnath Singh also condoled his death. “Anguished by the sudden demise of former Union minister and Congress leader Gurudas Kamat. He was a seasoned leader who had also served the nation as the MoS in the MHA. My thoughts are with his family and supporters,” he said.

Mr Kamat was a commerce graduate from the R.A. Podar College in Mumbai. He had a law degree from the Gover-nment Law College  and was a practicing lawyer.