A case was registered against Binoy Kodiyeri, which he described as case of blackmail to media persons. 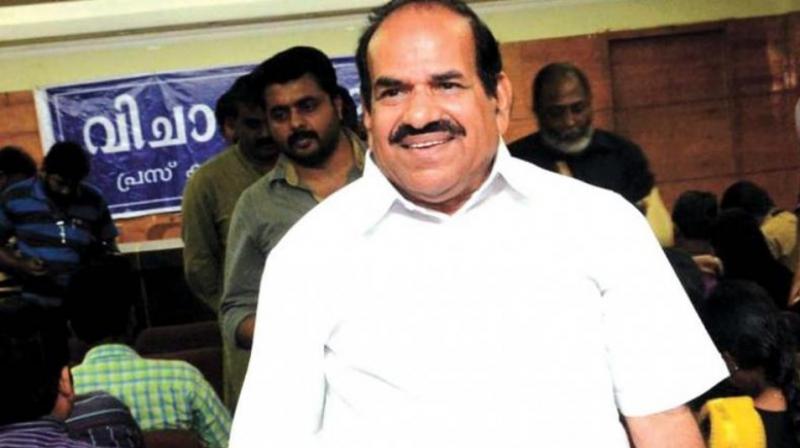 CPM Kerala Chief Kodiyeri Balakrishnan on Saturday called for a fair probe in connection with allegations of rape, criminal intimidation and cheating levelled against his son Binoy. (Photo: PTI)

Thiruvananthapuram: CPM Kerala Chief Kodiyeri Balakrishnan on Saturday called for a fair probe in connection with allegations of rape, criminal intimidation and cheating levelled against his son Binoy.

The leader assured that neither him nor his party will interfere in the probe.

“The police complaint against my son Binoy has to be probed for the truth to come out. My party or I will not take any action to protect or help the accused. Binoy is a mature man who is staying with his own family, separately. It is the responsibility of the accused to prove his innocence in such cases. When issues like this emerge from the party, no one can stand in support of the family member,” Balakrishnan said at a press conference here.

Balakrishnan’s son, Binoy Kodiyeri, was booked on charges of rape, criminal intimidation and cheating after a 33-year-old woman accused him of raping her repeatedly over a decade on the pretext of marriage.

A case was registered against Binoy Kodiyeri at Oshiwara police station on June 18 in Mumbai, which Benoy described as a case of blackmail to media persons in Kerala.

Clarifying his and CPM’s stand on the topic Balakrishnan said, “The party or I cannot take responsibility for the mistakes of our family members. CPM party stand has already been made clear by General Secretary Sitaram Yechury.”

He also refused to speak about the case since it was sub-judice and added the only information he had was coming from the media.

“No one has spoken to me about this complaint earlier. The case is before the court currently and let the court decide. A police probe is underway. My son will take legal recourse, he has applied for anticipatory bail, this is all the information which I have through media,” he said.

He also refuted rumours that he was planning to resign and added that these matters were for internal discussion in the party.