BJP said report ignored fact that India has 'democratic institutions' which can handle such 'disputes' and bring justice. 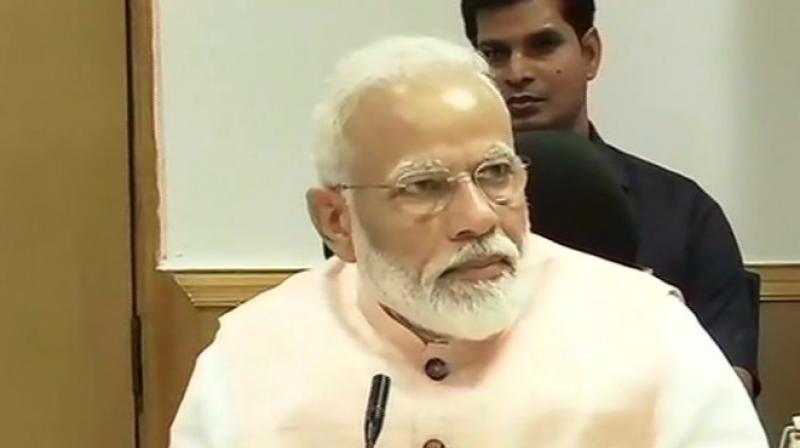 India on Sunday denied the allegations of a report published by the US Department of State which accused the Narendra Modi-led government of failing to tackle 'mob attacks by violent extremist Hindu groups against minority communities' and said the assaults were a result of 'local disputes'. (Photo: File)

New Delhi: India on Sunday denied the allegations of a report published by the US Department of State which accused the Narendra Modi-led government of failing to tackle "mob attacks by violent extremist Hindu groups against minority communities" and said the assaults were a result of "local disputes."

Ministry of External Affairs said, "India is proud of its secular credentials, it's status as the largest democracy and a pluralistic society with a longstanding commitment to tolerance and inclusion."

"The Indian Constitution guarantees fundamental rights to all its citizens, including its minority communities. We see no locus standi for a foreign entity to pronounce on the state of our citizens’ constitutionally protected rights," MEA added.

The report released by US State Department said minority communities, especially Muslims, were attacked by Hindu outfits throughout the year (2018) amid rumors that victims had traded or killed cows for beef.

It also said that the government sometimes failed to act on mob attacks on religious minorities, marginalised communities, and critics of the government.

On Saturday, the Bharatiya Janata Party (BJP) also rejected the report. While rejected the report, BJP said it believes in "Sabka Saath, Sabka Vikas" and that its schemes have benefited "all the castes, religions and regions equally".

"The recently released '2018 International Religious Freedom Report' shows clear bias against the Modi government and the BJP. The basic presumption in this report that there is some grand design behind anti-minority violence is simply false. On the contrary, in most of such cases, these instances are carried out as a result of local disputes and by criminal mindsets," BJP's national media head Anil Baluni said in a communique.

He said that the party and its leaders including Prime Minister Modi had "strongly deplored violence against minorities and weaker sections of the society."

"BJP is indeed proud of its record in uplifting living standards of all poor, underprivileged sections of the society, irrespective of their faith and gender. Indian people have recently reaffirmed their confidence on the development agenda of BJP/NDA alliance under the leadership of Narendra Modi by giving him a massive mandate," BJP said.

The ruling party said the report ignored the fact that India has "deep-rooted democratic institutions" including judiciary which can handle such "disputes" and bring the culprits to justice.

It said, "India has deep-rooted democratic institutions, including a fiercely independent and pro-active judiciary, which is quite capable of handling such disputes and punish the guilty. Unfortunately, this fact is completely ignored in this report."

The report comes days before US Secretary of State Mike Pompeo's two-day visit to India, which starts on June 25.