The JDS supremo is not happy with some of the developments and statements of most of the Congress MLAs and leaders, sources said. 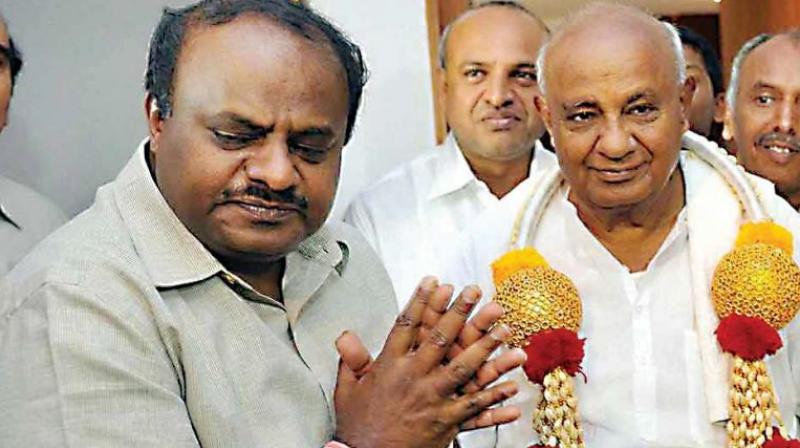 The JDS supremo is not happy with some of the developments and statements of most of the Congress MLAs and leaders, sources said. They feel that even after allocation of portfolios, board, and corporation and providing many facilities to Congress MLAs they are speaking against the government, especially against Kumaraswamy and his style of functioning.

Earlier, Deve Gowda had claimed, "There is no doubt that there will be mid-term polls. They (Congress) said they will support us for five years but look at their behaviour now. Our people are smart."

However, he later downplayed his statement and said that his comment was about the local body elections, and not for the Assembly polls in the state.

Many of the Congress leaders, including former Chief Minister Siddaramaiah, are feeling to come out of coalition government and to sit in opposition even if BJP wins the mid-term election.

Deve Gowda has conveyed his messages indirectly to Congress high command to make sure that dissent amongst the MLAs should be resolved.

In Lok Sabha polls, the BJP had won 25 of the 28 seats along with an Independent backed by it, leaving just one seat each to Congress and JD(S) in Karnataka.

BJP is the single largest party with 105 members in the 225 member Karnataka Assembly, while the ruling coalition has 117 members with 79 legislators from Congress, 37 from JD(S) and 1 from BSP.