8 assembly seast were up for bypolls where byelections were held following one death and seven resignations. 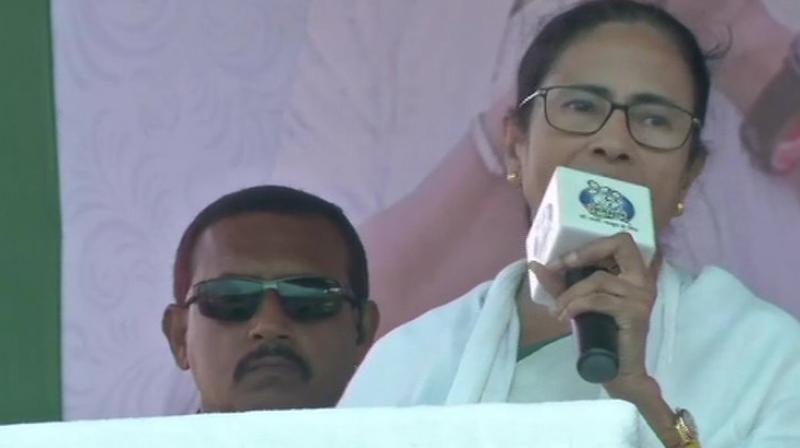 This happens in consonance with the surge of the BJP in the Lok Sabha polls. (Photo: ANI)

Kolkata: In consonance with its surge in Lok Sabha polls in West Bengal, the BJP is also striding ahead in four of the eight Assembly seats, where byelections were held following one death and seven resignations, according to the Election Commission sources.

The All India Trinamool Congress (AITC) is leading in three seats, while the Congress is ahead in one. In Bhatpara, where polls were disrupted due to widespread violence on May 19, Pawan Kumar Singh of the BJP is leading by 35,281 votes against AITC candidate Madan Mitra, a former minister in the state.

Singh is the son of BJP's Barrackpore Lok Sabha constituency candidate Arjun Singh, who vacated the Bhatpara seat before filing nomination for the parliamentary election. Miffed at being denied a ticket by party supremo Mamata Banerjee, the Bhatpara MLA left the TMC and switched to the BJP after the announcement of the general election. In Uluberia, AITC candidate Idris Ali is ahead of BJP's Pratyush Mandal by 9,973 votes.

Ali, an AITC MP from Basirhat Lok Sabha constituency, was denied a ticket from his sitting seat by Banerjee. He was instead fielded from Uluberia Assembly seat by the TMC supremo. In Darjeeling, Neeraj Tamang Zimba of the BJP is leading by 15,800 votes against Gorkha Territorial Administration (GTA) chairman Binoy Tamang, who is fighting as an Independent candidate with AITC support.

Joyel Murmu of the BJP is leading by 9,766 votes against Amal Kisku of AITC in Habibpur. In Islampur, AITC candidate Abdul Karim Chowdhury is leading against S Mandal of the BJP by 20,926 votes.