The BJP’s penetration in West Bengal and Telangana reflects the party’s commitment to clinch electoral victory. 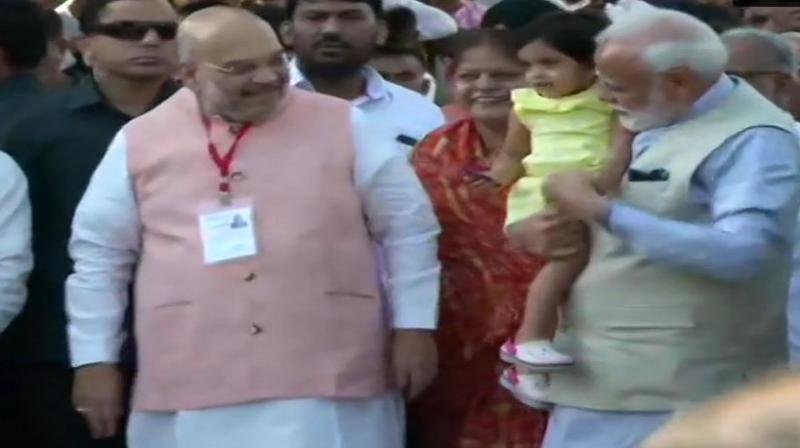 Mumbai: The Bharatiya Janata Party reversed its Assembly losses in the Hindi heartland states, kept its strong hold on bastions and made significant inroads in the east and the south to come back to yet another resurgent victory over wan opponents.

The party has done exceptionally well in Rajasthan, Madhya Pradesh, Chhattisgarh, Himachal Pradesh, Haryana, Delhi, Gujarat and Bihar. Though the party lost some ground in crucial Uttar Pradesh, it has managed to stay ahead of the Mahagathbandhan (the strategic alliance of Samajwadi Party and Bahujan Samaj Party).

Apart from these key states, the reason behind the party’s incredible performance is two other states which were aloof to the BJP.

The BJP’s penetration in West Bengal and Telangana (in 2014 the polls were conducted for the undivided state of Andhra Pradesh) reflects the party’s commitment to strike electoral victory.

Out of the 42 seats in West Bengal, the BJP was leading in 18 seats which is remarkable as the state has always been ruled by the Left and the Trinamool Congress for over four decades.

Last time, in West Bengal, Babul Supriyo and S S Ahluwalia of the BJP won the seats of Asansol and Darjeeling respectively. The victory margin was also significant as Supriyo won by over 70,000 votes and Ahluwalia won by around 2 lakh votes.

In 2009, Jaswant Singh won Darjeeling parliamentary constituency by over 2.5 lakh votes. This was the only constituency which the party was able to secure in 2009 election.

This increase in number of seats is significant as the state witnessed one of the most violent election campaigns in the recent years as the political workers of the TMC and the BJP lost their lives and statewide protests were reported.

In one of the incidents, union minister Babul Supriyo’s car was allegedly attacked by TMC workers.

Also, Uttar Pradesh Chief Minister Yogi Adityanath and BJP National President Amit Shah were not allowed to land in West Bengal as a part of their election campaign as West Bengal CM Mamata Banerjee took on the BJP which she believed was framing her confidantes and sympathisers in scams.

It is also important to note that the Left is no where in the picture. BJP is widely believed to have penetrated into the Left’s votebank.

The BJP banked on citizenship amendment bill and the National Regiter of Citizens (NRC) which seemed to have worked in the party’s favour.

It had managed to rouse Hindu sentiments in Bengal, symptoms of which were seen in the run-up to the elections during Ramnavami.

In Telangana, the BJP was ahead in five out of 17 seats. The state voted for the first time in Lok Sabha (after its separation from Andhra Pradesh).

In Karimnagar, senior TRS MP B Vinod Kumar was trailing by close to 50,000 votes against the BJP nominee Bandi Sanjay Kumar.

In Adilabad, Soyam Bapu Rao of the BJP surged ahead of the TRS and Congress rivals. The other seat where BJP was steadily leading was Secunderabad where G Kishan Reddy maintained comfortable margin.