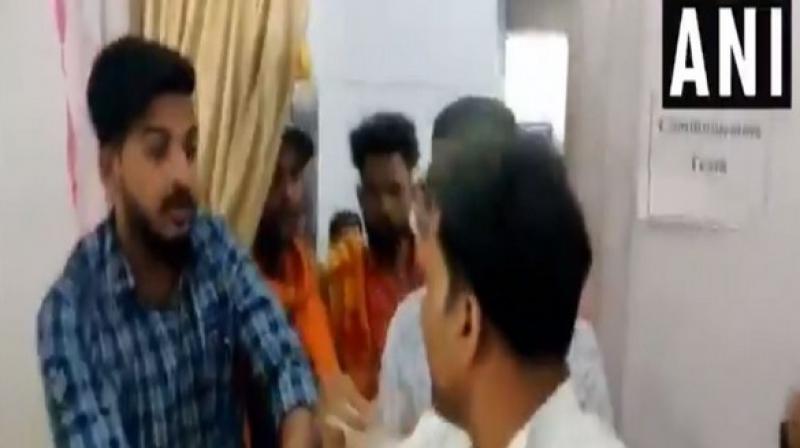 Visuals show the BJP workers raising slogans and slapping the NCP worker, following which he was taken away by the police from the SDM office. (Photo: ANI)

Visuals show the BJP workers raising slogans and slapping the NCP worker, following which he was taken away by the police from the SDM office.

She had filed her nomination papers from the seat yesterday.

On April 17, Thakur had formally joined the BJP. The move invited criticism from several opposition leaders who have slammed the BJP for fielding a terror accused in the Lok Sabha elections.

Subsequently, the Election Commission (EC) took cognisance and issued notices to Thakur for violating the Model Code of Conduct (MCC).

Polling in Bhopal Lok Sabha constituency will be held on May 12 and counting of votes will take place on May 23.