Vote for BJP or Cong but not for Mahagathbandhan: Cong leader Naseemuddin Siddiqui

Elections are being held in UP in all seven phases. 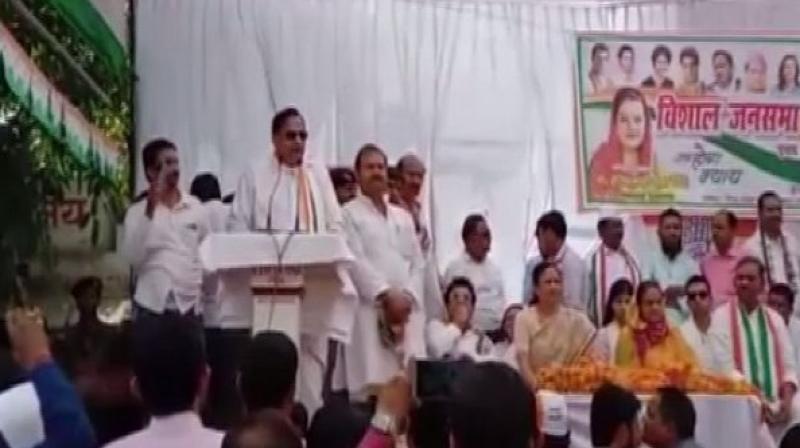 In a scathing attack on BSP chief Mayawati, he said that her party has increased the price of its ticket after the ‘Mahagathbandhan’ was formed. (Photo: ANI)

Pratapgarh: While addressing a public rally here on Monday, Congress leader Naseemuddin Siddiqui cautioned voters against voting for the SP-BSP-RLD alliance (Mahagathbandhan) saying that they should either vote for BJP or for the Congress candidate Ratna Singh.

"I am not taking the name of any caste as all are wise enough, I am saying this to those who oppose BJP. Either give your vote to Ratna Singh or to BJP. Voting somebody else means selling yourself. Now only tickets are being sold, later on you will get sold too," said Siddiqui.

In a scathing attack on BSP chief Mayawati, he said that her party has increased the price of its ticket after the ‘Mahagathbandhan’ was formed.

Naseemuddin Siddiqui, who was earlier in BSP, became MLA in 1991 and was also a minister in Mayawati's cabinet. Mayawati, however, expelled him from the party in 2017 for what she called "anti-party" activities.

Ratna Singh, a three-time Congress MP from Pratapgarh, is in the poll fray to regain her former seat. In 2014, the seat was won by Kunwar Harivansh Singh of the Apna Dal.

Elections are being held in UP in all seven phases.

After the first and second phases for 8 seats each, the state is polling for 10 seats in the third phase today.