As many as ten Indians were killed in the series of blasts in Sri Lanka on Sunday, Indian External Affairs Minister Sushma Swaraj tweeted. 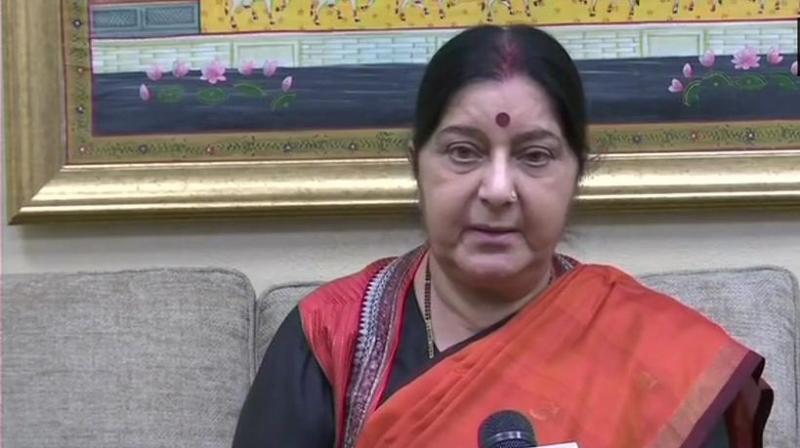 New Delhi: As many as ten Indians were killed in the series of blasts in Sri Lanka on Sunday, Indian External Affairs Minister Sushma Swaraj tweeted on Tuesday. The toll from the deadly suicide bomb attacks in Sri Lanka rose to more than 300, with dozens succumbing to their injuries overnight, according to police.

Sushma Swaraj tweeted that she regrets to confirm the deaths of two more Indians, A Maregowda and H Puttaraju in the Sri Lanka Easter blasts on Sunday, taking the death toll of Indians in the tragedy to 10 as of now.

Close to 500 people were wounded in the blasts, police spokesperson Ruwan Gunasekera said in a statement. He also added that 40 people were now under arrest in connection with the attacks, which Sri Lanka’s government blamed it on little-known local Islamist group, National Thowheeth Jama’ath.

Sri Lankans woke to emergency law on Tuesday as authorities looked for those behind the bomb attacks. The president’s office declared that emergency law would come into effect from midnight, giving police extended power to detain and interrogate suspects in the absence of court orders. An overnight curfew was also put into effect.

The declaration came after nerves were frayed even further in Colombo when explosives went off on Monday near one of the churches hit in the attacks while bomb squad officers were working to defuse a device.