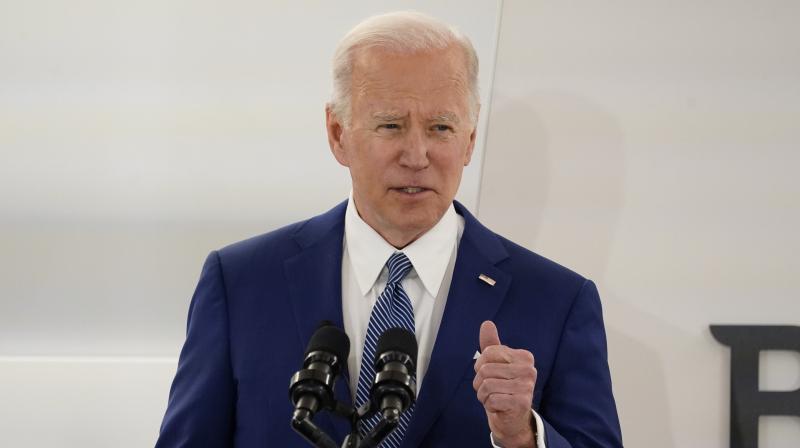 New Delhi: Making clear his unhappiness with New Delhi’s stand, United States President Joe Biden on Tuesday termed India’s response to the Russian military offensive in Ukraine as “shaky”, while also making it clear that the response of other Quad members such as Japan and Australia was “strong.”

India has so far abstained from voting against Russia on any of the UN resolutions so far on the Ukraine conflict. The issue could be raised by the US at the high-level 2+2 talks between the two nations at the defence and foreign ministerial level that is expected to take place in Washington next month.

India has time-tested ties with Russia spanning decades, especially in the defence and civil nuclear sectors and is now also purchasing Russian oil at discounted rates, much to the dismay of Washington.

Speaking at a Business Roundtable, President Biden said, “In response to dealing with his (Russian President Vladimir Putin’s) aggression, there has been an united front in NATO and the Pacific. The Quad has, with the possible exception of India (which has) been somewhat shaky on some of this, but Japan has been extremely strong. So has Australia in terms of dealing with Putin’s aggression.”

India is part of the four-nation Quad in the Indo-Pacific region along with the United States, Australia and Japan but even at the Quad forum, India has refused to be part of any move to condemn Russia although New Delhi has repeatedly called for a cessation of violence on the Ukraine conflict.

President Biden’s comment came just hours after India held foreign office consultations (FOC) with the United States in New Delhi earlier on Monday evening during which the Ukraine issue was discussed. It also came after Summits between India and its other Quad partners—Japan and Australia.

In a statement on the FOC with the US, the MEA said, “The FOC provided a valuable opportunity to discuss contemporary regional issues pertaining to South Asia, the Indo-Pacific region, West Asia, and the situation in Ukraine, among others. Foreign secretary Shringla and undersecretary of state Nuland agreed to maintain regular dialogue and consultations on regional issues.  ... the two sides reviewed progress in various domains under the India-US Comprehensive Global Strategic Partnership.”

The MEA added, “Both sides reaffirmed their commitment to a free, open, inclusive, peaceful and prosperous Indo-Pacific. Following up on the Quad Leaders’ Meetings, they expressed a keen desire to implement quickly the Quad’s positive and constructive agenda to deliver for countries in the Indo-Pacific region. ... Both sides looked forward to the India-U.S. 2+2 Ministerial Meeting in Washington D.C. They agreed to hold the next FOC at a mutually convenient date in Washington D.C.”