He said that for long he has been campaigning for the BJP during elections in the states like Uttar Pradesh and several others. 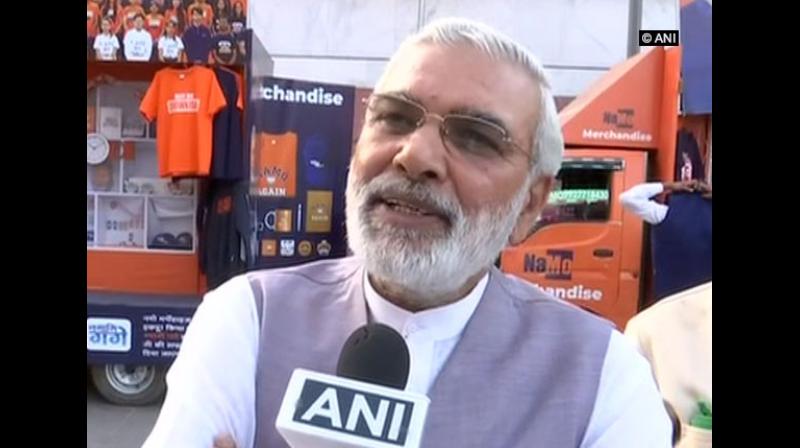 PM's lookalike Jagdish Modi is a housekeeping staff at a restaurant, and BJP sympathiser. (Photo: ANI)

New Delhi: A lookalike of Prime Minister Narendra Modi on Saturday visited the BJP’s central office here and shared his good wishes for the party with the workers present for the ensuing Lok Sabha polls.

Jagdish Modi, housekeeping staff at a restaurant, and BJP sympathiser, said: “I want Narendra Modi to become the next Prime Minister of our country.”

When asked about the secret of his looks, he said: “I have been like this much before Prime Minister Modi came into the limelight.”

Talking to ANI, he said: “For long, I have been campaigning for the BJP during elections. I have been to places like Uttar Pradesh and other states for campaigning.”

“Even though the party hasn’t asked me to campaign, I love campaigning,” he told ANI in a voice that too bears the resemblance to that of PM Modi.