UP polls: Congress seals alliance with SP, will contest from 105 seats 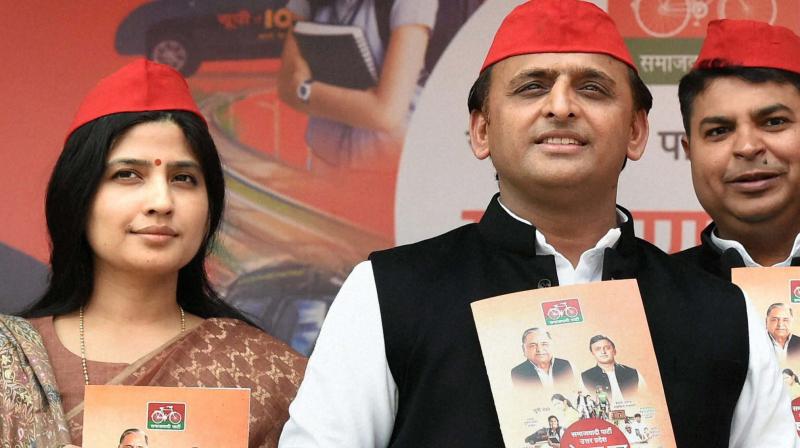 Lucknow/New Delhi: After days of Akhilesh Yadav’s Hamletian dilemma and intense bargaining over seat-sharing, the Samajwadi Party-Congress alliance was finally struck on Sunday. Of Uttar Pradesh’s 403 Assembly berths, the SP will contest 298 seats and leave the remaining 105 for the Congress. The Ajit Singh-led Rashtriya Lok Dal, which would be fighting the polls alone, has already declared candidates for 35 seats in western UP.

On Saturday the alliance was tottering and it had nearly collapsed with the SP refusing to give the Congress more than 99 seats, and the latter sticking to its demand for over 140 seats.

Things began to take shape after Congress president Sonia Gandhi intervened and RJD supremo Lalu Prasad Yadav, one of whose daughters is married into the Mulayam Yadav clan, approached Akhilesh Yadav. All Congress heavyweights ranging from Priyanka Gandhi Vadra, Ahmed Patel and Ghulam Nabi Azad, as well as Akhilesh Yadav’s close aide Abhishek Mishra, got into the act on Saturday night. Speculation was rife that Priyanka Gandhi personally spoke to Akhilesh Yadav’s wife Dimple after both sides refused to relent. Ghulam Nabi Azad was also in constant touch with his Rajya Sabha colleague and Akhilesh’s uncle Ram Gopal Yadav. Sources also said Congress strategist Prashant Kishor also spoke to the UP chief minister and urged him to “look at the bigger picture”. Finally, the pact was sealed before Akhilesh Yadav released his party’s manifesto on Sunday.

In Lucknow, UP Congress president Raj Babbar and state Samajwadi chief Naresh Uttam announced at a joint press conference  that the alliance was being forged in the larger interests of the nation and to stop divisive and communal forces from coming to power.

The state SP chief appealed to party workers to support the candidates of the alliance and carry forward the development work done by the Akhilesh government. “It is necessary to check communal forces from coming to power and hence this alliance”, he said.

Mr Raj Babbar said that the prevailing atmosphere in the country had made it imperative for like-minded parties to join hands and forge a secular front. “This alliance is based on the foundation of secularism and will fight against the anti-people and anti-farmer policies that are being pursued in the country.” 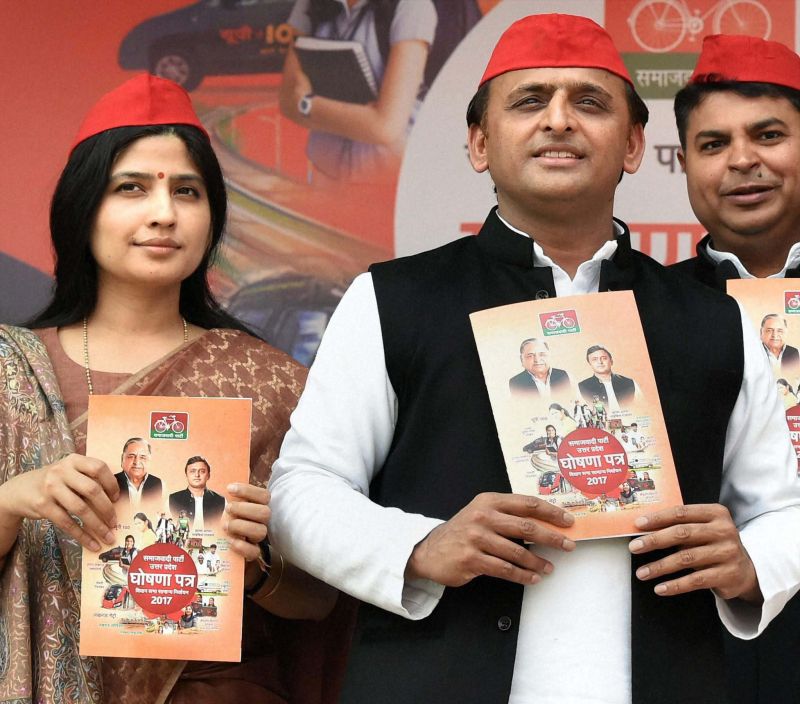 For both the Congress as well as the Samajwadi Party, this marriage of convenience — whose durability is still a matter of debate — comes as a major relief during an election that seems to be throwing up no winners. The Samajwadi Party, despite statements to the contrary, has been keen on the alliance with the Congress in order to retain its base among Muslims, who had been threatening to switch loyalties to Mayawati’s Bahujan Samaj Party after the recent strife within the state’s ruling party.

For the Congress, the alliance gives the much-needed opportunity to jump back into the political race in Uttar Pradesh and position itself as a force to reckon with.

Both parties, nevertheless, have suffered considerable damage due to the inordinate delay in forging the alliance.