CAA, NRC not applicable to Muslims of our country: PM Modi

PM Modi said the rumours of detention centres being spread by 'Oppn and urban Naxals' were false. 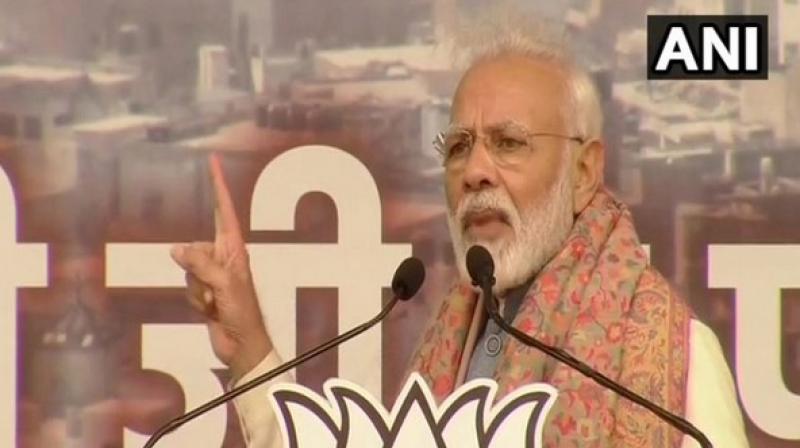 Reaching out to Muslims, PM Modi said they don't need to worry at all. (Photo: ANI)

New Delhi: Prime Minister Narendra Modi on Sunday accused the Opposition parties of spreading lies about the Citizenship Amendment Act and the proposed National Register of Citizens and said that that CAA and NRC will not apply to the Muslims of the country.

Addressing a rally at Ramlila Maidan here over government's decision to provide ownership rights to over 40 lakh residents of unauthorized colonies in Delhi, Modi said that BJP-led government had not brought NRC and it was made when Congress was in power.

He said that the rumours of detention centres being spread by "Congress and urban Naxals" were false. He said the new law was not applicable to citizens of the country.

"A lot of lies are being spread about NRC as well. It was made during the Congress regime. Where were the protesters then? We did not make it, nor did we bring it to the Parliament or announce it," Modi said.

Reaching out to Muslims, he said they don't need to worry at all.

"Those still in doubt, I will tell them that rumours being spread by Congress and Urban Naxals about detention centres is a total lie. The Muslims of India don't need to worry at all. The CAB and the NRC will not apply to the Muslims of the country," he said.

Taking a dig at Congress and opposition parties and accusing them of "childish talk", he said a government which gives property rights to people irrespective of religious background, will it ask them to produce decades-old documents.
Congress interim president Sonia Gandhi and party general secretary Priyanka Gandhi Vadra have alleged that the poor will have to stand in queues if NRC is implemented in the country.

He said that CAA does not take away citizenship but gives it. "It is not applicable to any Indian citizen whether he is Hindu or Muslim. This has been said in parliament. 130 crore citizens of the country have nothing to do with it," he said.