The three parties are likely to make a formal announcement on Friday to join hands to take a shot at power in the state. 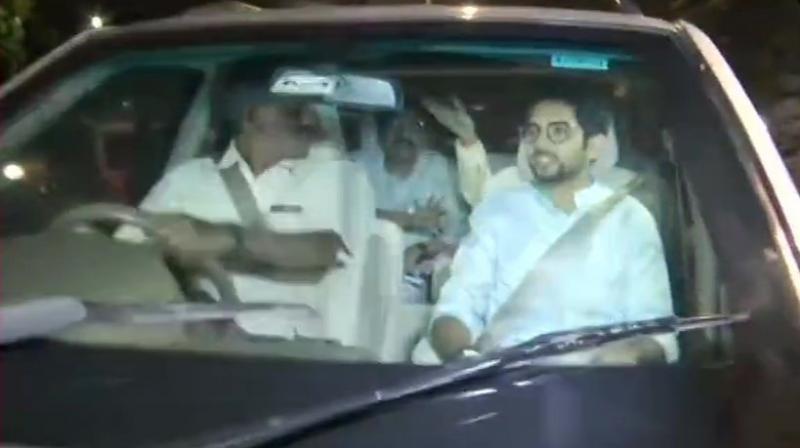 The Thackerays called on Pawar, a Rajya Sabha MP, after he arrived here from New Delhi in the evening. Sena leader Sanjay Raut and NCP leader and Pawar's nephew Ajit Pawar were also present at the meeting.

The meeting took place on a day when Congress leader Prithviraj Chavan said in New Delhi that his party and the NCP have "complete unanimity" on all issues concerning government formation in Maharashtra and will now hold talks with the Shiv Sena to "finalise the architecture of the alliance".

The discussions will now move to Mumbai where the Congress and the NCP will hold deliberations with their other pre-poll allies -- Peasants Workers Party, Samajwadi Party, Swabhimani Paksh and CPI(M) -- and then with the Sena, Chavan told reporters after another round of talks between senior leaders of his party and the NCP in the national capital.

Sources said the three parties are likely to make a formal announcement on Friday to join hands to take a shot at power in the state.

On Friday, Uddhav Thackeray will address a meeting of party MLAs and senior leaders which is expected to deliberate on the party's line of action in the backdrop of the three main non-BJP parties making efforts to form government in Maharashtra, a party leader said.