The party alleged lack of transparency in electoral bonds and accused the Centre of “formalising governmental corruption” through this. 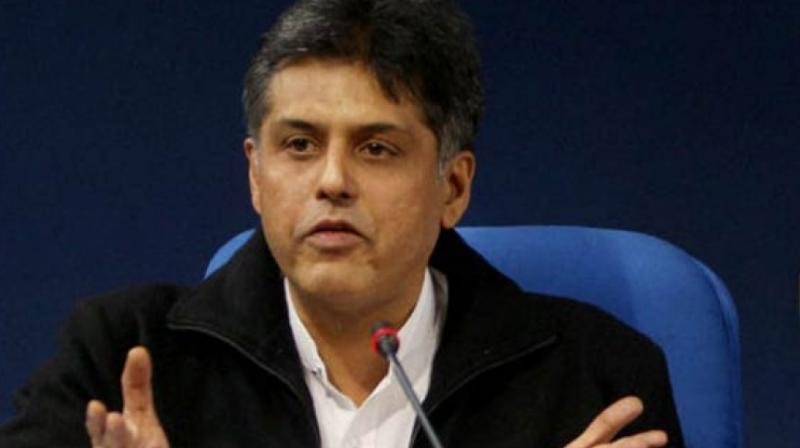 New Delhi: The Congress on Thursday tried to corner the government on the issue of electoral bonds, the disinvestment of PSUs and the withdrawal of SPG cover of the Gandhi family during discussions in the Lok Sabha. The party alleged lack of transparency in electoral bonds and accused the Centre of “formalising governmental corruption” through this.

“Despite opposition from the Reserve Bank and the Election Commission, the government went ahead with this scheme,” said Congress MP Manish Tewari during Zero Hour. “Prior to 2017 there used to control over the influence of the rich in politics but since this scheme was introduced in the 2017 Budget, under which anonymous donations can be accepted, neither can you know who is the donor, nor who is the receiver and how much money was given. This has made the government corruption official (formal)”, he said.

Mr Tewari added that though electoral bonds were meant only for Lok Sabha elections, there was proof that the rules were relaxed before the Karnataka state elections. He even made a reference to the role of the Prime Minister’s Office in this regard, which prompted Speaker Om Birla to turn off his mic, saying he cannot take names. However, Mr Tewari stood his ground and said he has documents received through the RTI Act to prove his point. Mr Birla did not allow Mr Tewari to speak further, as a result
of which an agitated Congress bench, including party president Sonia Gandhi, walked out in protest.

Mr Tewari was referring to a report in Huffington Post that has claimed that Prime Minister Narendra Modi’s office had directed the finance ministry to break its own rules to approve the special and illegal sale of electoral bonds just before the Assembly elections in Karnataka, Chhattisgarh, Madhya Pradesh, Mizoram, Rajasthan and Telangana.

Later, another Congress MP, Ravneet Singh Bittu, was cautioned by Mr Birla after he accused the Speaker of having “joined hands” with the BJP. Mr Bittu had raised security concerns with regard to the Gandhi family after the withdrawal of SPG cover. He said former Prime Minister Rajiv Gandhi had been assassinated after his high-level security was downgraded and that the Gandhi family too faces a high threat level. However, when Mr Birla cut short his speech, Mr Bittu protested and questioned the Speaker himself. This agitated Mr Birla, who cautioned the MP, saying: “Don’t speak in such a manner about the Chair. You will get another chance to speak.”

Earlier, the Congress started protesting against the privatisation of PSUs and issuance of electoral bonds when the House met in the morning. “This is a big scam. The country is being looted. Please allow us to speak,” said Congress’ Lok Sabha leader Adhir Ranjan Chowdhury.