The previous govt did function out of temporary capital for 2 years, can’t we do it for some more time, the minister said. 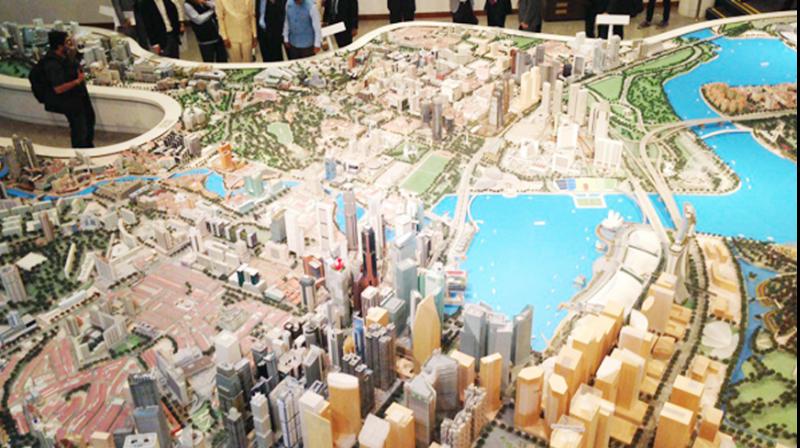 Amid speculations over the status of Andhra Pradesh’s capital Amaravati, state Finance Minister Buggana Rajendra Nath on Friday said that the government can neither “afford”, nor is it in the hurry to build the new capital right now. (Photo: Social media)

New Delhi: Amid speculation over the status of Andhra Pradesh’s capital Amaravati, state Finance Minister Buggana Rajendra Nath on Friday said that the government can neither “afford”, nor is it in the hurry to build the new capital right now.

“We cannot afford the capital now with the current fiscal space. We’ve been left behind with a legacy with whole lot of debt. We cannot have such grandeur plans to build a city like London or so,” Rajendra Nath told News18.

Andhra minister’s statements come at a time when questions are being raised about the progress made in developing the state’s temporary capital ‘Amaravati’, the brainchild of former chief minister Chandrababu Naidu.

He also said that Andhra Chief Minister Jagan Mohan Reddy has been always clear about his priorities regarding development of the state, intending to first look into the promises he made in his party’s election manifesto.

“Our priority right now is to improve our education system, to make sure our farmers are in better position, focus on our basic infrastructure development for our state- amidst all this we are not in an hurry for a ‘new capital,’ Nath said.

The finance minister, however, said the state has ‘plenty of scope’ for new investments and brushed aside the concerns about investors pulling out.

The previous government did function out of the temporary capital for two years, can’t we do it for some more time, the minister added.

In September, the Jagan-led government constituted an expert committee comprising of urban planning experts to study various aspects of the proposed capital and suggest necessary changes. The government says that the committee was formed to look into the overall, comprehensive development of state, with the capital city business being just one aspect of it.

According to reports, last week, the Andhra Pradesh High Court admitted a writ petition filed by a group of farmers from Guntur district, who challenged the state government's decision to constitute the expert panel to decide the fate of the upcoming capital.

The farmers said their lands were taken from them years ago to build the capital on the promise of getting high returns, was under danger as the work has now been stalled.

With several companies pulling out crucial investment projects in the state, combined with Jagan Reddy’s continuous efforts to undo most of Naidu’s developmental initiatives, the fate of the state capital hangs under balance.

Starting with the World Bank withdrawing its proposal to fund the Start-up area project, several groups in the recent times, took a step back from investing in Andhra Pradesh. The most recent one was Gulf-based Lulu Group which vowed to never invest in the State after the government cancelled the land allotted to the group for a 2300 crore rupees project, under Naidu’s regime.

The Startup area project, which was planned in Amaravati by Naidu, was terminated by the AP government. The Singapore consortium that partnered with the government for the project pulled out of it.

The Startup area project was to be undertaken by the Singapore Amaravati Investment Holdings (SAIH), which had last year formalized its collaboration with the AP government to jointly master-develop the startup area with state government agency Amaravati Development Corp. (ADC).