NC-PDP alliance in J&K formed 'on instructions from across border': Ram Madhav

PDP, NC boycotted local polls upon instructions from across border and now probably had fresh instructions to jointly form govt, he said. 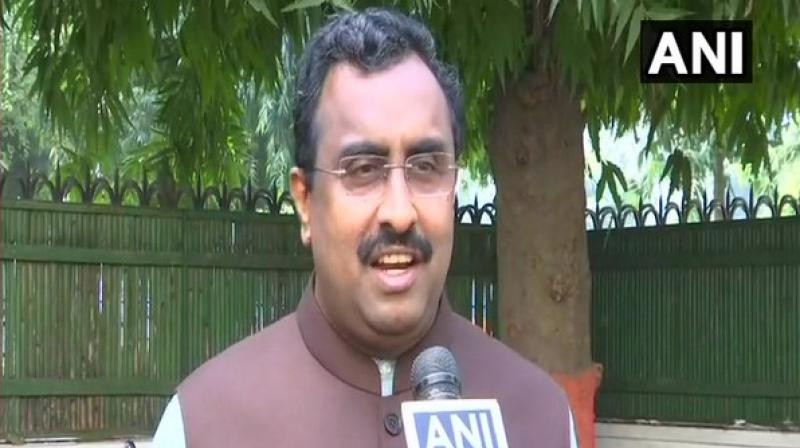 New Delhi: Bharatiya Janata Party (BJP) General Secretary, Ram Madhav, said that the People's Democratic Party (PDP) and National Conference (NC) came together to form the government in Jammu and Kashmir as they "probably had instructions from across the border to come together and form government."

On Wednesday, arch rivals PDP, NC along with Congress confirmed that they stitched up an alliance to form the government in Jammu and Kashmir, which has been under Governor's Rule since June when the BJP ended its ruling alliance with the PDP.

PDP president and former Chief Minister, Mehbooba Mufti, said that she tried to fax the letter to the Governor, claiming to form the government, but couldn't.

"Only Governor can answer why his home's fax is not working. Only he should answer. But this is lame excuse on the part of Madam Mehbooba. In letter, she never claimed that she will form the government. She said she will come and see the Governor and stake the claim. It was all a drama," Madhav added.

According to an official statement, the Governor took the decision due to "the impossibility of forming a stable government by the coming together of political parties with opposing political ideologies including some which have been demanding the dissolution of the Assembly."

He also pointed out that the experience of the past few years reflects that "with the fractured mandate which is currently in the Assembly, it is impossible to form a stable government comprising like-minded parties."