There is no name of this alliance as of now but it will be an honest alliance. 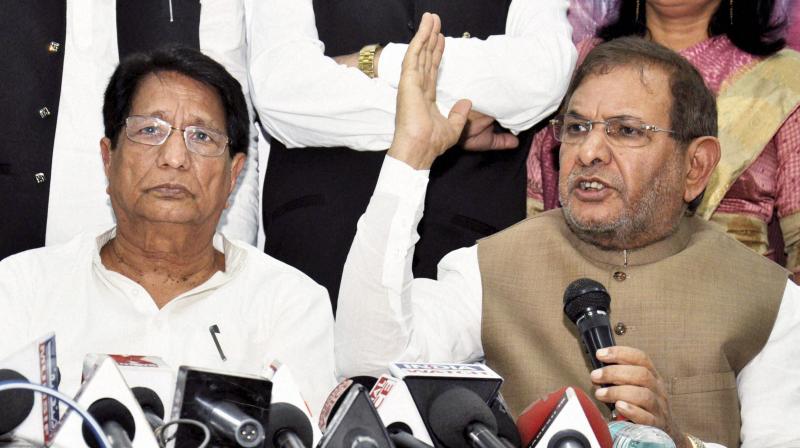 New Delhi: After efforts to forge an anti-BJP grand alliance with the Samajwadi Party and the Congress come to a nought as of now, the Rashtriya Lok Dal, Janata Dal (United) and BS-4 — a breakaway faction of the Bahujan Samaj Party — on Monday came on a common “secular” platform to take on the BJP.

SP supremo Mulayam Singh Yadav had last week ruled out an alliance for the coming Assembly polls in the state. He had said parties were welcome to merge with the Samajwadi Party.

The three parties held a joint press conference in Lucknow to announce their alliance and said that they would contest on all the 403 seats in the state.

“There is no name of this alliance as of now but it will be an honest alliance. Though this is an alliance of three parties, talks are on with other smaller outfits,” the statement said.

JD(U) leader Sharad Yadav said, “Mulayam was projected as a leader but it did not materialise. I would have merged my party with SP on Mulayam’s call but no time is left for this.”

RLD leader Ajit Singh said during Bihar Assembly election all “Lohia wadi” and “Charan Singh wadi” parties had agreed for an “alliance with SP” but then SP declined.