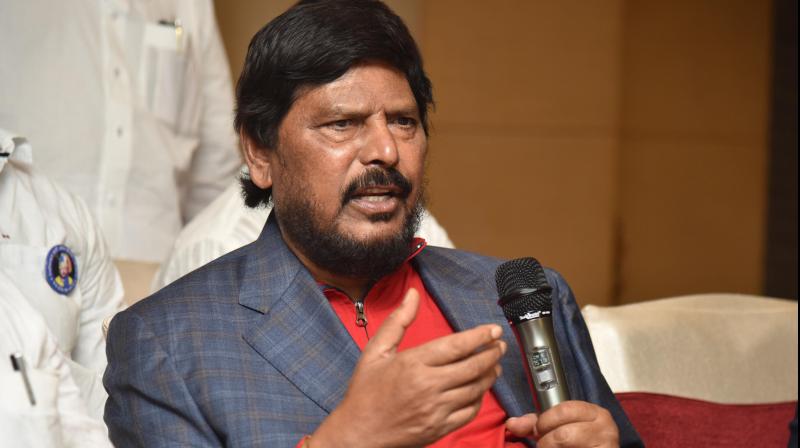 Mumbai: Amid the demand for revocation of political reservation by Vanchit Bahujan Aghadi (VBA) chief Prakash Ambedkar, the RPI chief and Union minister of state for social justice Ramdas Athwale on Tuesday said that the political reservation is a constitutional right and nobody can take that away.

He also threatened to protest if anybody tries to scrap the reservation and said that it would be great injustice to Dalit and tribal community.

The Dalit leader had also said that no party has the guts to revoke such reservation at present because of “vote bank politics” and fear of losing power.

Mr Athawale said that the size of elected representatives of Dalit and tribal communities would be reduced in the Parliament. Atrocities against backward class people cannot be resolved without being in the government. Therefore, if a political reservation is scrapped, the communities would experience a great loss.