Standoff in UP House likely to cut short Budget Session

Opposition leaders wore black bands and masks to mark their protest against “being gagged.” 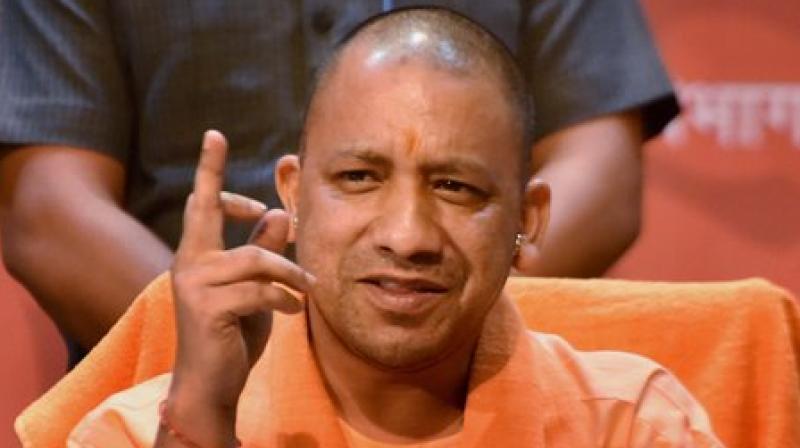 Lucknow: The standoff between the Yogi Adityanath government and the Opposition in Uttar Pradesh continued for the second day on Friday.

The Budget Session of the state Assembly is now expected to wind up on Monday, cutting short the budget session by four days because of the Opposition stand.

While parliamentary affairs minister Suresh Khanna slammed the Opposition for boycotting the assembly proceedings and accusing the government of muzzling their freedom of expression, the Opposition parties went and submitted a memorandum to the statue of former Prime Minister late Chaudhary Charan Singh.

Opposition leaders wore black bands and masks to mark their protest against “being gagged.”

The memorandum pleaded with the former Prime Minister’s statue to give better sense to the BJP government in the state. When the House convened on Friday, the Opposition benches were empty as the parties continued their boycott for the second consecutive day.

“The behaviour of the Opposition is condemnable. We want to ask them as to what they did not like was it because we recommended CBI probe into UPPSC recruitment during the in previous Akhilesh Yadav regime?” he asked.

The minister said that even though the Speaker had invited Opposition leaders for talks, they preferred to talk through newspapers.

They have not said what they did not like or what they feel was unparliamentary in the speech of CM Yogi Adityanath on July 19,” he stated.

Mr Khanna reiterated that those who have done something illegal will go to jail and certainly not to a temple.

“The Samajwadi Party members have forgotten how policemen were beaten up in their regime. We are trying to set things right in the state which has been pushed backwards in the past 15 years,” he said.

Meanwhile, talking to reporters, Leader of Opposition Ram Govind Chaudhary said that the Opposition would remain firm on its decision to continue with the boycott of the house because they had done no wrong.

“We are not beggars. The BJP is trying to intimidate us but we are not afraid of them. We can lay down our lives for the sake fo democracy and will not cow down before fascist forces”, he said.

When asked about the CBI probe into the UPPSC recruitments, Mr Chaudhary said, “The government should order a probe into all appointments since 1990. The BJP keeps talking of 15 years of misrule because the governments during this time were led by either OBCs or Dalit. The BJP wants to crush Dalit and OBC leaders from moving ahead in politics”.