The CM raised the issue with Jalandhar-born Canadian MP Rameshwar Singh Sangha, who called on him on Friday. 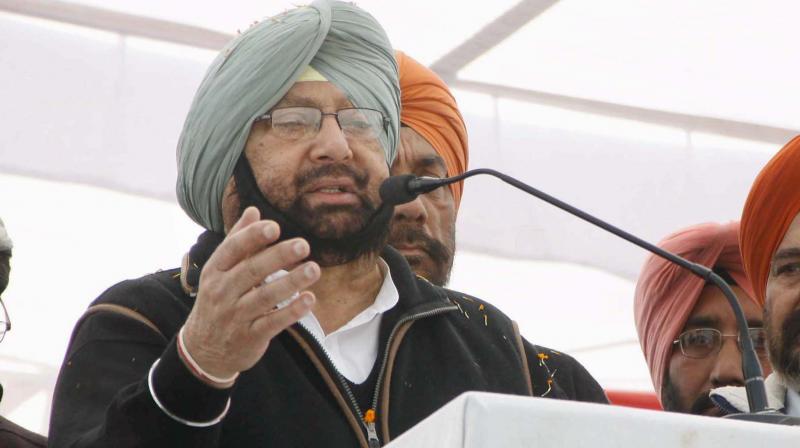 Chandigarh: Punjab chief minister Captain Amarinder Singh on Friday stressed the need for Canada to rein in the radical elements trying to use the Canadian soil to spread strife and divisiveness in India.

The CM raised the issue with Jalandhar-born Canadian MP Rameshwar Singh Sangha, who called on him on Friday.

Mr Singh said that while such elements, including Khalistani supporters, could not have any impact on the Canadian political environment, they could influence the people of India and vitiate the atmosphere here.

Unfortunately, these elements were successful in spreading divisive messages in India through social media, he said, adding Canada should crack down on these forces and ensure that they do not have a free run on the social media and other social platforms.

The CM said his government is trying to revive Punjab’s economy by wooing industry and investment into the state but such efforts can be derailed by the nefarious designs of radical elements operating from outside India. These handfuls of people, with their vicious propaganda, are negating the efforts of all the NRIs, including Punjabis, who were contributing immensely to the development and progress of India and Canada, said the CM.

Mr Singh and Mr Sangha also discussed various issues of NRI concern. Pointing to the increasing number of cases of the harassment of NRIs, especially over property related matters, Mr Sangha, who represents Brampton Centre, urged the CM to take steps to protect the interests of the Indian community settled abroad.

Capt. Amarinder Singh promised all support to safeguard the interests of NRIs, an official spokesperson said after the meeting. He told the MP he had taken up with the chief justice a proposal to set up NRI courts, which his government now plans to establish as part of the ex-servicemen courts since there aren’t enough NRI cases to merit separate courts.