A bench of Justices A.K. Goel and Uday Lalit dismissed Dinkaran’s appeal against the high court and seeking stay of payment of the penalty. 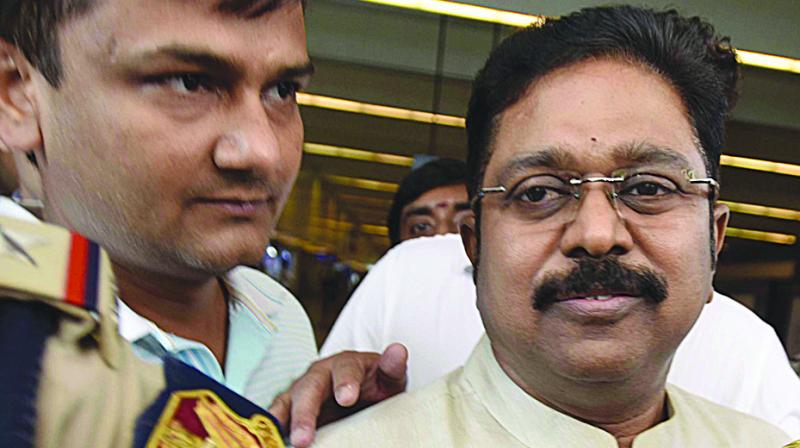 New Delhi: T.T. Dinakaran, former AIADMK Member of Parliament and nephew of jailed General Secretary, V.K. Sasikala, suffered a major setback on Friday when the Supreme Court affirmed the Madras high court order upholding the FERA Appellate Board’s decision in May 2000 to impose a penalty of Rs 28 crore in a case initiated by the Enforcement Directorate in 1996.

A bench of Justices A.K. Goel and Uday Lalit dismissed Dinkaran’s appeal against the high court and seeking stay of payment of the penalty. The matter pertained to receipt of more than $10 by Dinkaran in alleged contravention of the Foreign Exchange Regulation Act in 1994-95. The bench, after hearing former attorney- general Mukul Rohatgi, appearing for the petitioner, dismissed the appeal.

The Bench rejected the arguments of Mr. Rohatgi that the petitioner had stayed in Singapore for 25 years and that he was a permanent resident of Singapore and FERA law would not be applicable to him.

Originally, the Enforcement Directorate Special Director (FERA), New Delhi, on February 6, 1998, imposed a total penalty of Rs 31 crore on Dinakaran for contravention of provisions of Sec 8(1), 9(1) (a) and 14 of FERA..

Aggrieved by this, Dinakaran filed an appeal in the FERA Appellate Board, which in its May 5, 2000, order found him guilty on all counts in respect of all alleged transactions, but reduced the amount involved from USD 1,04,93,313 to USD 62,61,313 and imposed a total penalty of Rs 28 crore. The HC had affirmed this order. The present appeal is directed against this order and the apex court dismissed it.