Accordingly, the estimated expenditure of Rs 1.75 lakh incurred on the ‘havan’ has been added to Mr Singh’s poll cost. 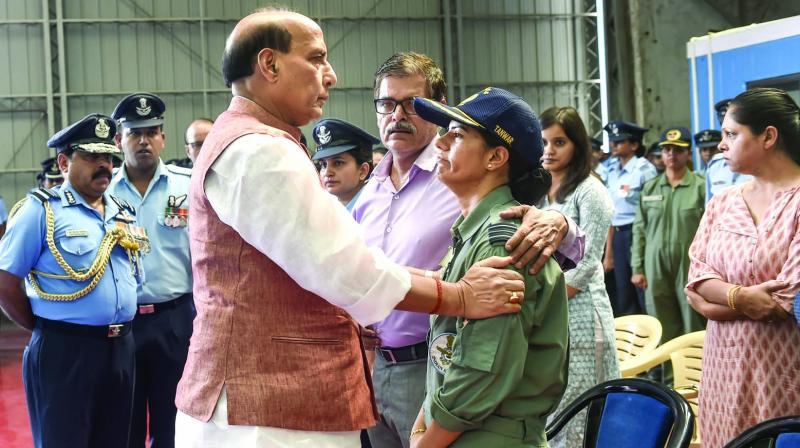 Defence minister Rajnath Singh consoles the family of a victim of the AN-32 crash after his mortal remains were brought at AFS Palam in New Delhi on Friday. (Photo: PTI)

Bhopal: The ‘havan’ conducted by Computer Baba aka Namdeo Das Tyagi to ensure victory for Congress heavyweight Digvijay Singh in Bhopal Lok Sabha constituency in the just concluded elections had seemed to have boomeranged on the latter.

Instead of bringing victory for Mr Singh in the LS polls, the ‘yagna’ had rather proved liability for him, since the Election Commission has ordered to add the expenses incurred on the ‘havan’ to his election expenditure.

Accordingly, the estimated expenditure of Rs 1.75 lakh incurred on the ‘havan’ has been added to Mr Singh’s poll cost.

The Bharatiya Janata Party had earlier demanded the EC commission to add the cost of ‘yagna’ to Mr Singh’s election expenditure since he was present on the occasion.

The district election officer ordered to add the expenses of ‘havan’ on Mr Singh’s poll expenditure after a probe into the matter. Mr Singh has estimated his total election expenditure at Rs 64 lakh.

The EC has fixed the limit of election expenditure of a candidate in LS polls at Rs 70 lakh.

His rival BJP candidate Pragya Singh Thakur who defeated him by a margin of around 3.66 lakh votes has estimated her poll expenditure at Rs 43 lakh.