'BJP will keep an open mind if other parties want to join their coalition seeing the national mood,' says Panda 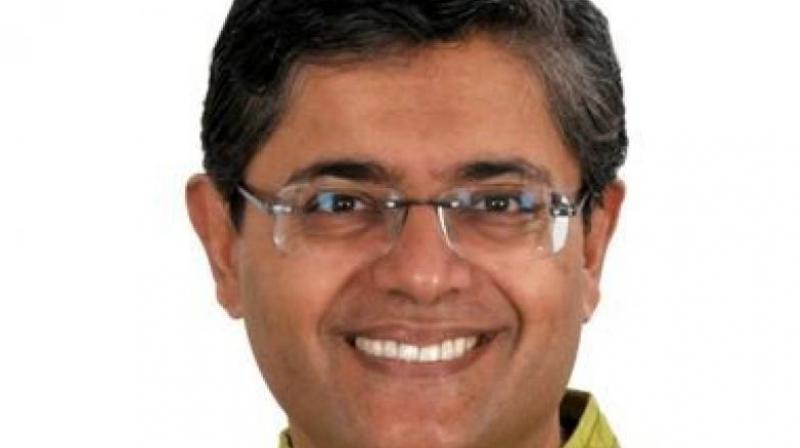 "My party president Amit Shah has said that we are confident of getting more than 300 seats. We will form the government with NDA allies. If other parties seeing the national mood want to also join in, I think, BJP will keep an open mind," BJP's Baijayant Jay Panda told ANI on being asked if BJD will support NDA.

"All exit polls are showing that BJP has dramatically grown in Odisha. BJP will form the government in Odisha and get a majority in Lok Sabha. In Odisha, people have seen the Modi government has been taking strong political decisions, which were not easy, whether on the economic or security front. Naveen Patnaik has been chief minister for 19 years, but last five years witnessed a dramatic departure of his party's image and reputation due to rising crimes and corruption in the state," he added.

Replying to a question on who will be the chief minister if BJP gets a majority in Odisha, Panda said, "I joined BJP after soul searching. I am happy to carry out whatever responsibility the party gives me. Whether it is my friend Devendra Pradhan, K V Singh Deo or Pratap Sarangi, the good thing is BJP has a lot of talent, whosoever takes whichever responsibility, we are going to cooperate with each other."

He further cornered Odisha Chief Minister Naveen Patnaik saying that he had attacked him personally in several interviews. "The BJD has long considered that Kendrapara is its seat, I represented the seat as a BJD member. People have seen how I was eliminated and moved away from BJD. For whatsoever reason, it is little unusual that Patnaik seemed to focus extra on Kendrapara and attacked me personally in many interviews. But then, I had to give a strong response to allegations levelled against me. He spent two days in Kendrapara but he neglected other seats where campaigning was underway," he remarked.

Speaking about the meeting of 21 opposition leaders with Election Commission in the national capital, Panda said: "It has become a tradition that losing parties claim that EVMs are being tampered with and there is some manipulation. Sometimes, they go to court and hold a press conference. It is very sad this kind of cynical approach is being followed."

"When BJP lost assembly elections, Prime Minister Narendra Modi and other party leaders humbly accepted people's mandate. At that time, they had no issues with EVMs but suddenly they are criticising EC," he added.

On Tuesday, Andhra Pradesh Chief Minister N Chandrababu Naidu along with 21 opposition parties leaders urged the EC to count votes through VVPATs instead of EVMs during counting for the Lok Sabha polls.

On Congress accusing BJP of destabilising their governments in states of Karnataka and Madhya Pradesh, the BJP vice-president said his party does not need to destabilise any government.

Senior Congress leader Mallikarjun Kharge and Madhya Pradesh Chief Minister Kamal Nath have asserted that Congress has a majority in Madhya Pradesh Assembly and accused the opposition BJP of "unnecessarily" creating problems since it feared its scams will be exposed if Kamal Nath government stays in power.

Elections for 542 Lok Sabha seats were held between April 11 and May 19 with counting of votes scheduled for May 23.