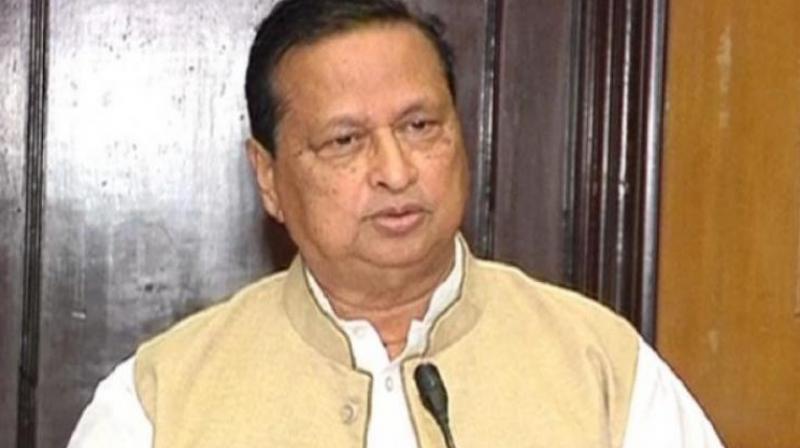 Bombs were also hurled at a BJP assembly candidate's car though none was injured, police said Monday. The violence started around an hour before the campaign for the third phase of polls ended on Sunday afternoon.

After receiving a complaint about the distribution of money and liquor in violation of the Model Code of Conduct (MCC), the EC teams reached Maharathy's farmhouse around 11.30 pm.

"As soon as we reached there, Pradeep Maharathy started hurling abuses and later attacked me and my team," claimed Rabinarayan Patra, the injured magistrate who is now admitted at the Capital Hospital here. Assistant sub-inspector of Police Binay Kumar Das and driver of his car Deepak were also injured in the attack.

"Fearing danger to our lives, 15 of us who had gone for the investigation, fled the spot in one vehicle. The other car is still in the farmhouse," Patra said. "I have suffered injuries on the waist and unable to walk," he said.

An FIR was lodged following which Maharathy was questioned and later arrested, Puri SP Umashankar Dash said. In a post on the social media, Maharathy admitted there was altercation with the EC team but denied that he himself was involved in the attack.

The BJD leader alleged that the EC team member entered the farmhouse by breaking its lock at midnight. Maharathy had to resign from the ministry in 2012 after being accused of shielding those accused in the Pipili gang rape and murder case.

He again became a minister in 2014 but quit in January this year following his comment that the rape victim got justice after acquittal of two of the accused. A 19-year-old Dalit girl was raped in Pipili in November, 2011 and died in June, 2012 after remaining in a semi-comatose state, sparking a state-wide furore.

In another incident, BJD candidate from Bhubaneswar (Central) Anant Narayan Jena was injured when a group of men hurled bombs at his car in Jharpada area in the city late on Sunday night.

Jena, former Bhubaneswar Mayor, has suffered injuries in his head and hands. He is admitted at the ICU in the Capital Hospital here. The attack on Jena came hours after miscreants threw crude bombs at BJP candidate from Bhubaneswar (Central) Jagannath Pradhan's car near Delta Square here. However, he had alighted from the car by then and escaped unhurt, police said.

The BJD and the BJP blamed each other for the attacks. BJD president and Chief Minister Naveen Patnaik visited Capital Hospital and enquired about Jena's health. A report from Keonjhar district, where polling will also be held on April 23, assailants attacked OPCC president Niranjan Patnaik at Ghasipura on Sunday afternoon, police said.

Apart from Patnaik, who is a Congress candidate in Ghasipura assembly segment under Keonjhar Lok Sabha seat, five other persons were injured in the attack. Three of them, excluding Patnaik, were hospitalised. The police have so far detained six persons in this connection. Earlier on April 14, BJP leader Manguli Jena was shot dead in Khurda by gunmen.