A leading intellectual and academicians’ forum have appealed to the voters to vote for a winning candidate against the BJP. 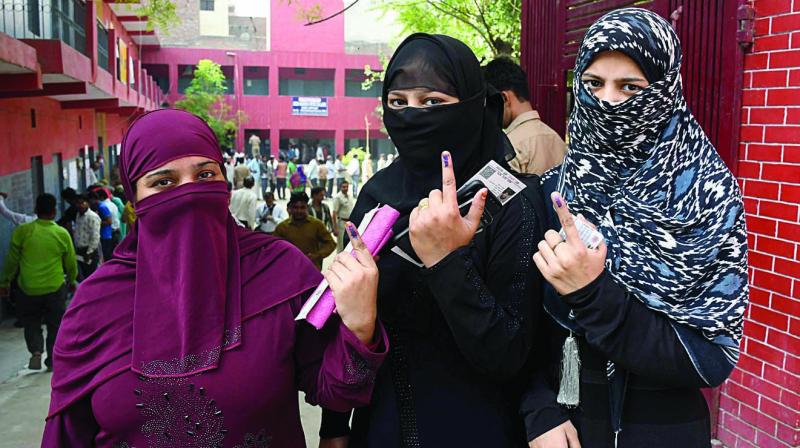 Congress in-charge for Assam and former Uttarakhand CM Harish Rawat also said that forces, which are against the bill will vote for Congress. (Photo: G.N. Jha)

Guwahati: With electioneering for the third and final phase of polling coming to an end on Sunday, the battle lines are drawn in which more than 31 lakh Muslim voters will play a decisive role in the four Lok Sabha constituencies — Barpeta, Dhubri, Kokrajhar and Gauhati.

The controversial Citizenship (Amendment) Bill is another issue that will guide the voters as a leading intellectual and academicians’ forum have appealed to the voters to vote for a winning candidate against the BJP. Though these intellectuals led by Hiren Gohan has not named the political party for whom they won’t vote, their appeal with a rider to vote for “winning candidate” implies that the forum has been hinting the people to vote for Congress candidate. The intellectuals are opposing the BJP, which is firm on bringing the citizenship amendment bill if voted to power.

The Citizenship (Amendment) Bill has been the agenda of entire Opposition as AIUDF launched a scathing attack on Congress in Barpeta parliamentary constituency, saying that the Grand Old Party has a “dual stand” on the bill. This comes after Congress had on Thursday said that defeating the BJP-AGP alliance would mean a victory for the Assam Accord, an agreement that was signed between the Centre, the Assam government and leaders of the anti-foreigner movement in 1985 to free the state from non-nationals.

Congress in-charge for Assam and former Uttarakhand CM Harish Rawat also said that forces, which are against the bill will vote for Congress.

“Congress opposes the citizenship bill only in Brahmaputra valley to gather votes. In Southern Assam’s Barak valley, Congress leaders have supported the bill. So, Congress’s double standards on the bill has been exposed,” AIUDF candidate for Barpeta parliamentary constituency, Rafiqul Islam said.

Mr Islam added that Congress is equally guilty of trying to grant citizenship to migrants as the Grand Old Party had in the past sought votes by promising asylum to migrants.

Congress, however, clarified that the party had only wanted to ensure that the victims of partition, who had settled in the state already, are treated in a humanitarian manner. Congress spokesperson stated that Congress has accepted the March 24, 1971 cut-off date, as laid down in the Assam Accord, for the detection and deportation of foreigners.