The JD(U), BJD and Mamata Banerjee-led TMC, currently considered by the BJP as its principal political adversaries. 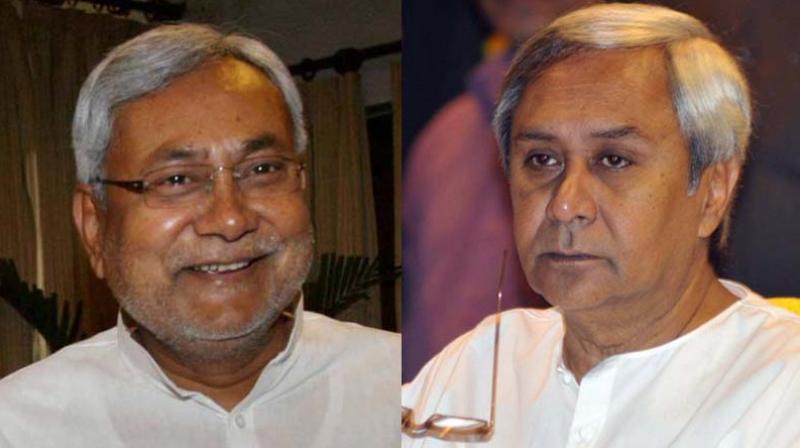 Bhubaneswar: Clearing the air about a possible pact between the Janata Dal(U) and Biju Janata Dal to field their own Presidential candidate, — JD (U) spokesperson KC Tyagi on Friday said Bihar chief minister Nitish Kumar was in touch with the Odisha chief minister and BJD president Naveen Patnaik on the issue.

“This has also happened (choosing a Presidential candidate) earlier when we were a part of the anti-Congress politics. We had then fielded a candidate representing the entire opposition. We still want that the fight should not be symbolic but strong as the numbers are almost equal. We also feel that there should be a strong opposition in a democracy. In this regard Nitish has met Odisha CM Naveen Patnaik, with whom the JD(U) shares a relationship of over past 30 years,” Mr Tyagi said.

Bihar CM Nitish Kumar, who along with JD(U) top leader Sharad Yadav had come to Odisha on March 7 to pay tributes to former Lok Sabha Speaker Rabi Ray, - had met Naveen Patnaik at his residence. Both the leaders had then closed-door meeting lasting for over 30 minutes.

Although both the leaders had then dismissed any political discussion between them, - sources, however, had revealed that the two leaders had decided to debate further on the Presidential elections.

The JD(U), BJD and Mamata Banerjee-led TMC, currently considered by the BJP as its principal political adversaries, appear to be inching closer in recent times to fend themselves off against what they dubbed the “futile attempt” to destabilise them.

The West Bengal chief minister had dropped hints in Puri that he was in touch with non-BJP parties to build up a strong federal front to counter the BJP’s growth which she described a threat to the country’s peace and unity.