An office-bearer of the Congress Friday said, both the parties will contest 23 seats each and leave two for allies. 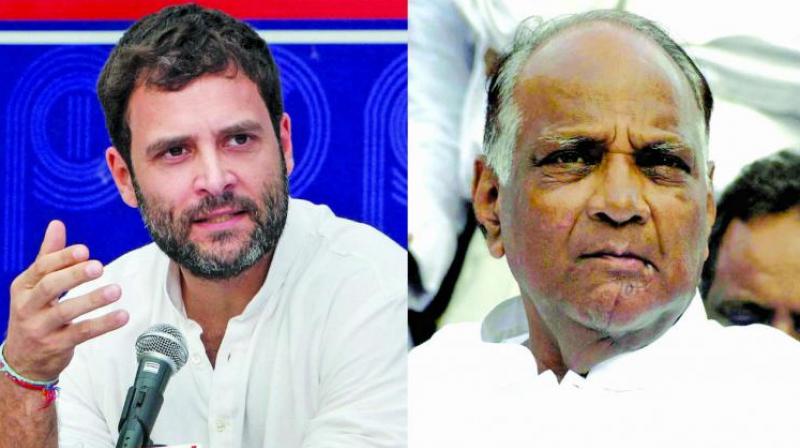 Congress has so far announced candidates for 12 seats and NCP for 16 seats. (Image: File)

Mumbai: The Congress and the NCP will announce their seat-sharing pact and alliances with smaller like-minded parties for the 48 Lok Sabha seats in Maharashtra on Saturday. An office-bearer of the Congress Friday said, both the parties will contest 23 seats each and leave two for allies. The NCP has given Hatkanangale seat from its quota to Raju Shetti of the Swabhimani Shetkari Sanghatana (SSS), while the Congress will leave Palghar for Bahujan Vikas Agadhi. NCP spokesperson Nawab Malik said that although both the parties will carry out the publicity and campaign jointly, they will release their manifestos separately.