‘We don’t want a single drop of water to reach Pak’: Gadkari 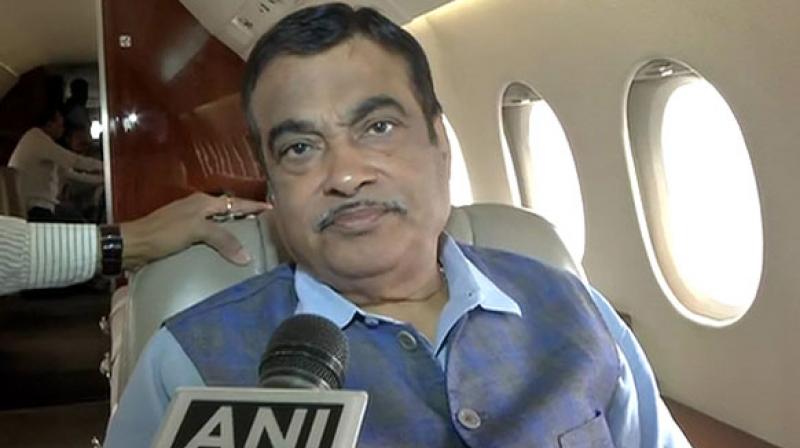 Gadkari, who was flying to Nagpur from here, said that he has directed his department to prepare a report on how India can block other water resources from flowing into Pakistan. He did not elaborate. (Photo: File)

New Delhi: A day after India decided to stop the flow of water of three rivers into Pakistan, Union Water Resources Minister Nitin Gadkari on Friday said that he has directed his department to prepare a report on how to block “other water resources” from flowing into the neighbouring country.

"We do not want even a single drop of water to reach Pakistan," he told ANI in an exclusive interview.

Gadkari, who was flying to Nagpur from here, said that he has directed his department to prepare a report on how India can block other water resources from flowing into Pakistan. He did not elaborate.

Amidst anger over the Pulwama terror attack, India had on Thursday decided to stop its share of water of three rivers – Ravi, Beas and Sutlej – from flowing into Pakistan.

As per the 1960 Indus Waters Treaty, India has full rights over the waters of “eastern” rivers (Ravi, Beas and Sutlej). In return, India had to let “western” rivers – Indus, Chenab and Jhelum – flow “unrestricted” to Pakistan.

Under it, India could use the waters of “western” rivers as well, but only in a “non-consumptive” manner. It could use it for domestic purposes, and even for irrigation and hydropower production, but only in the manner specified in the treaty.

Gadkari told ANI that the government will do everything possible to block the flow of water into Pakistan.

"We will spend the requisite money to build dams in order to stop the flow of river waters to Pakistan. We will divert water from the eastern rivers and supply it to the people of Jammu and Kashmir," the minister said.

"The Centre has given approval for the construction of three dams. Shahpur- Kandi will be built on Ravi river in Srinagar. The second is the Ujh multipurpose project and the third one is the second Ravi-Beas Link. The water stored in these dams will be supplied to Jammu and Kashmir, Punjab, Rajasthan and Punjab," he said. (ANI)

Gadkari had tweeted on Thursday, “Under the leadership of Hon'ble PM Sri @narendramodi ji, Our Govt. has decided to stop our share of water which used to flow to Pakistan. We will divert water from Eastern rivers and supply it to our people in Jammu and Kashmir and Punjab.”

“The construction of dam has started at Shahpur-Kandi on Ravi river. Moreover, UJH project will store our share of water for use in J&K and the balance water will flow from 2nd Ravi-BEAS Link to provide water to other basin state. All the above projects are declared as the national projects,” he had said in another Tweet.

His announcement came at a time when India is exploring options to "punish" Pakistan for the Pulwama terror attack of February 14 in which 40 CRPF personnel were killed.