UP polls 2017: Mona Didi all set to continue dad’s legacy

Mr Tiwari has won Assembly elections nine times since 1980 from here, which speaks volumes for his popularity in the area. 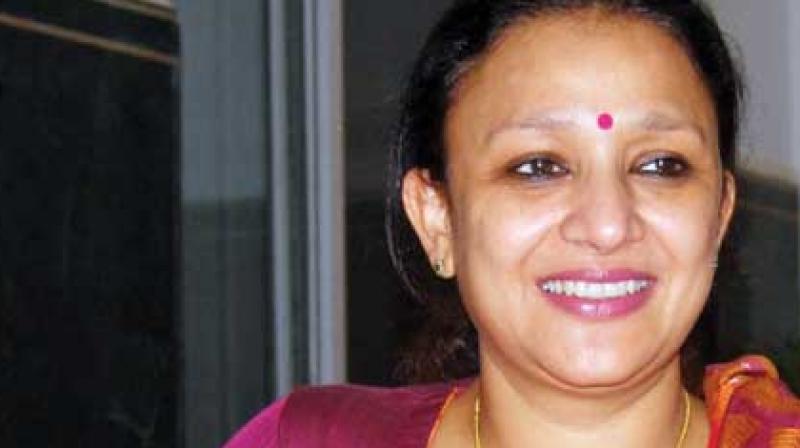 Rampur Khaas, Pratapgarh: For the first time in several decades, there is peace in Rampur Khaas, the constituency that lies about 30 km north of Kunda.

The Congress-SP alliance has ensured peace between the two warring satraps — Congress MP Pramod Tiwari and Independent MLA Raja Bhaiyya. The legendary rivalry has always punctuated elections in Rampur Khaas with scuffles and clashes being a common aspect.

Mr Tiwari has won Assembly elections nine times since 1980 from here, which speaks volumes for his popularity in the area.

When he became Rajya Sabha member in 2013, he handed over the baton  to his daughter Aradhana Misra who won the by-election in 2014.

Aradhana enjoys a status similar to that of Raja Bhaiyya — the only difference being that while the latter inspires fear and awe, Aradhana is looked upon with love and respect.

Sitedei, an octogenarian who sells vegetables in Sangramgarh, showers wishes on Aradhana, “Bahut achchi  bitiya hai, jug jug jiye (she is a very good daughter; may she lives for years).”

Aradhana may have taken over the mantle from her father in 2014 but she has been active in politics since 2001 when she was elected block pramukh for three consecutive terms.

On Monday, she stood pillion while her husband Ambica Misra, a business magnate, led a motorcycle rally in the constituency.

Her children, Raghav and Nandja, occasionally take the mic and tell people their mother invariably leaves them at home because she remains in her constituency.

Aradhana, also known as Mona Didi, tries to remain in constant touch with the constituency, its people and their problems.

“Even if she is in Lucknow, she takes our calls and immediately attends to any problem we may have. When we go to Lucknow, she meets us without any appointment and makes sure we are well looked after. She is a true replica of her father,” says Ram Siwan, a local politician. Aradhana, meanwhile, is nursing a sore throat but it does not affect her campaigning.

“I am not campaigning. This constituency is my family and I have been here since my birth. People here have stood by us in difficult times and so have we. One does not campaign in the family,” she says.

Aradhana, expectedly, has admirers in rival parties too. A local BJP leader, who did not wish to be named, said, “It is tough to defeat Aradhana because she is following in her father’s footsteps and maintains a cordial relation with everyone, cutting across party lines. You will not find anyone who speaks ill about her.”

A BSP worker also confesses that election in Rampur Khaas is a formality. “The Tiwari family remains invincible and that is why rival candidates don’t put much effort,” he says.