The scenario may change now. “Yes, we are ready (for tripartite talks with the UNC),” Mr Singh said. 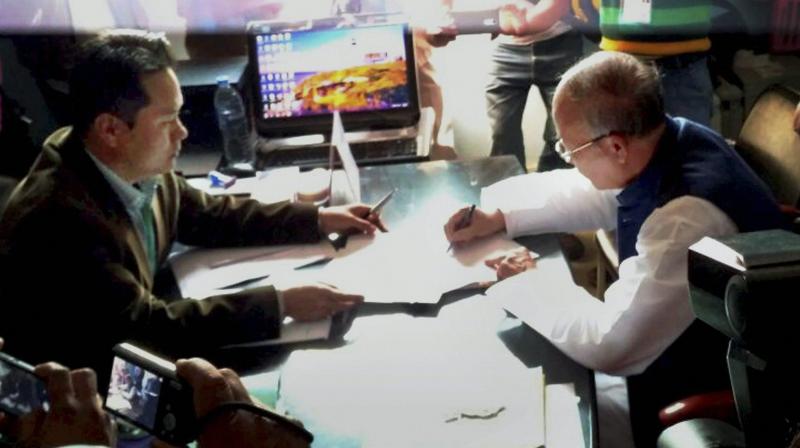 Imphal: Manipur chief minister Okram Ibobi Singh said on Tuesday that he was ready for tripartite talks with the United Naga Council (UNC) to end the crippling three-month economic blockade.

He also accused the BJP of having a “tacit understanding with the UNC” and said the party’s “gameplan” will fail in the March elections.

The land-locked state is witnessing an indefinite economic blockade by UNC since November 1 against the decision to create seven new districts by bifurcating the existing ones and upgradation of Sadar Hills to a full-fledged district.

The scenario may change now. “Yes, we are ready (for tripartite talks with the UNC),” Mr Singh said.

As to why the matter was not discussed before bifurcating the districts, he said, “We tried... but they (UNC) were not listening. We had to sit together but they did not respond when we invited them (for talks)”.

The CM refuted Union home minister Rajnath Singh’s charge that the blockade was a result of a “political conspiracy” hatched by the Congress government to divert attention from its “failures”.

On the home minister’s statement that the government did not use central forces, the CM said, “If you go there you will see womenfolk threatened by the NSCN(IM) are sitting on the highway. We cannot fire left and right to lift the blockade. The Centre needs to take steps,” he said.

The Centre wants to create such a situation, he alleged, and added that, “If something goes wrong and someone dies, they (Centre and BJP) will blame us and say law and order has collapsed. They would take advantage of that situation.”