‘EVM hacking next big lie after Rafale’: Jaitley hits back at Congress

Apart from the Congress, a number of opposition parties have, voiced their concerns over the efficacy of EVMs, including Mamata Banerjee. 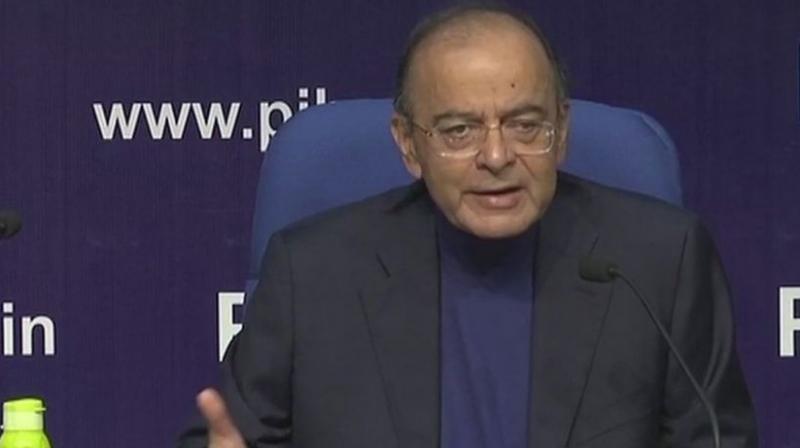 ‘Does the Congress feel that the people are so gullible that they will swallow any garbage?’ Finance Minister Arun Jaitley said. (Photo: ANI | File)

New Delhi: Union Finance Minister Arun Jaitley on Monday lashed out at the Congress for casting doubt over the efficacy of EMVs, asking whether the Election Commission of India (ECI) and its huge team were in collusion with the BJP for the elections held during the UPA government.

Taking to his Twitter account, the Finance Minister said, “After Rafale, the non-existent loan waiver to 15 industrialists – the next big lie–EVM hacking. Was the Election Commission & millions of Staffers involved in manufacturing, programming of EVMs & conduct of elections during the UPA Government in collusion with the BJP–absolutely rubbish.”

“Does the Congress feel that the people are so gullible that they will swallow any garbage? Insanity in the Congress party is increasingly becoming contagious,” the Finance Minister added.

Apart from the Congress, a number of opposition parties have, in recent days, voiced their concerns over the efficacy of EVMs.

West Bengal Chief Minister Mamata Banerjee on Saturday said that a four-member committee had been formed to decide the future course of action the opposition parties should adopt on EVMs in view of the coming Lok Sabha elections.

Earlier on Monday, the ECI clarified that the EVMs can’t be tampered with, asserting that the machines are manufactured following “rigorous standard operating procedures.”

The ECI’s statement came after it was claimed at an event in London, which was reportedly attended by Congress leader Kapil Sibal, that EVMs could be tampered with. The apex poll body also confirmed that they were examining the legal action that can be taken in the matter against the organisers of EVM Hackathon.