Ready to discuss Rafale issue in Parliament, but only after JPC probe: Congress

Claiming the SC is limited in scope, its decision cannot be taken at face value, Jaipal Reddy says more analysis and probe is required. 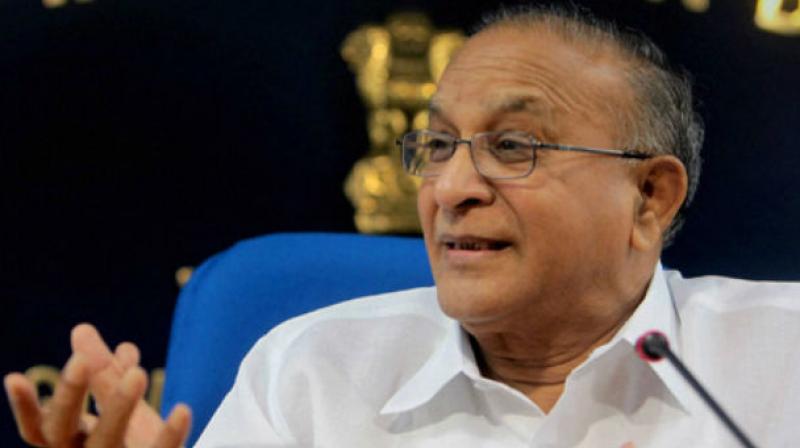 "We are ready for a discussion. We need certain facts to be collected, which can be done only by the JPC," said Cong spokesperson, Jaipal Reddy. (Photo: File)

Panaji: The Congress on Friday said it did not mind discussing the Rafale deal in the Parliament, but it could be done only after a Joint Parliamentary Committee (JPC) conducts a probe into it and collects facts.

Talking to reporters here, Congress spokesperson Jaipal Reddy said when his comes to power in 2019, it would investigate this fighter jet deal. "We are ready for a discussion. We need certain facts to be collected, which can be done only by the JPC. What the JPC does is it collects facts...We don't know the facts. How do you reach to conclusion without sure knowledge of facts," he said.

Reddy was replying to a question on why the Congress was not holding a discussion on the issue in the House. "When we come to power (in 2019 general elections), which are sure going to be, we will investigate. Let the facts be known to the people," he added.

Referring to the SC verdict on the Rafale deal, Reddy said, "As far as the court is concerned, SC decides what it should do. We (Congress) are not in the court. The judgement of the SC is limited in its scope. It cannot be taken at its face value, because it has to be revisited. At any rate, we won't ask the SC for its opinion. We are not in SC," Reddy said.

"In a democracy, first democratic process must be exhausted and that is why we are insisting on JPC," he said.

"In the meantime, we were getting into election and given more time, perhaps, we would have struck the agreement ourselves," he added.

On a question whether Rafale issue played a role in favour of Congress in the recently-held Assembly elections, Reddy said, "Rafale issue must have played role...but in general elections so many things matter."

"Rafale is a big issue, they have given away Rs 60,000 crore already and planes have not arrived. They were supposed to be delivered in three years and schedule has been extended to five years. Money has already been given," he said.

The Congress has alleged irregularities in the deal for 36 aircraft and claimed that the Narendra Modi government is buying them at a price much higher than the one that was being negotiated by the previous government.

However, last week, the Supreme Court dismissed petitions seeking a probe into the deal.