Both Mehbooba Mufti and Sajad Lone wrote to the J&K Governor staking claim to form the government in the state. 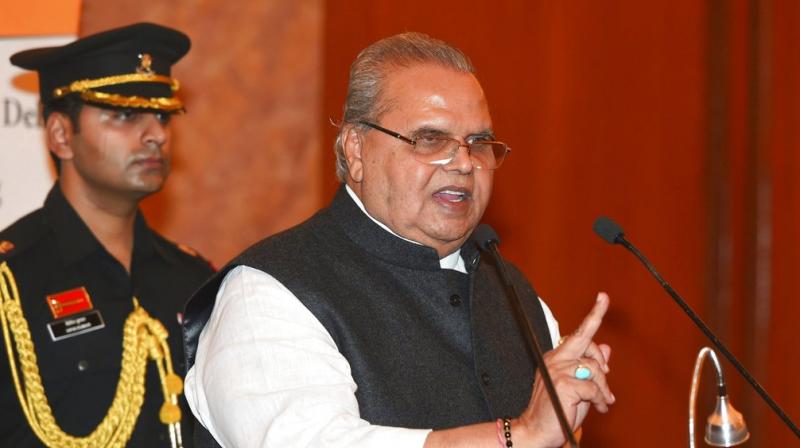 The governor dissolved the state assembly under the relevant provisions in Jammu and Kashmir constitution. (Photo: PTI)

The governor dissolved the state assembly under the relevant provisions in Jammu and Kashmir constitution. 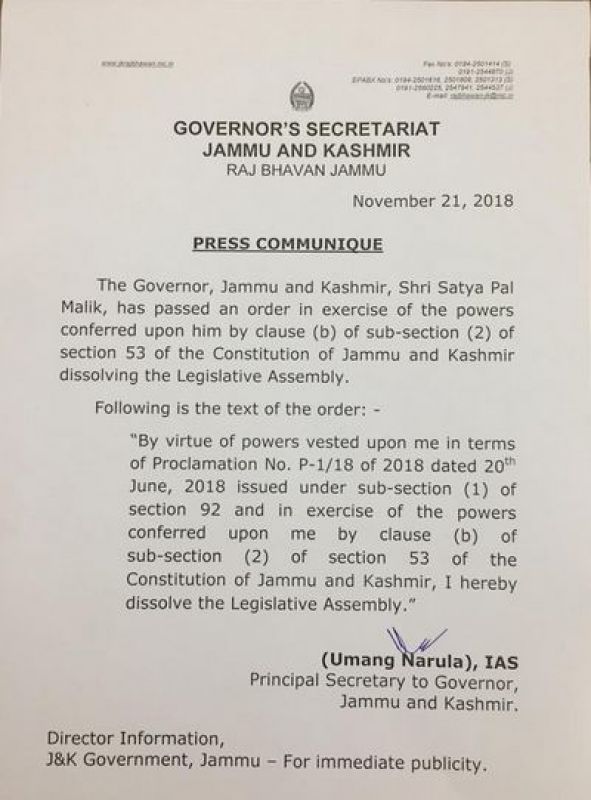 In her letter to Jammu and Kashmir Governor Satya Pal Malik, Mufti said: “As you are aware, the Peoples’ Democratic Party is the largest party in the State assembly having a strength of 29. You might have gathered from the media reports that the Congress and National Conference have also decided to extend support to our party to form a government in the State. That takes our collective strength to 56. Since I am presently in Srinagar, it would not be possible for me to call on you immediately and this is to keep you informed that we would be seeking your convenience shortly to stake the claim for forming the government in the State”.

Here is Mehbooba Mufti's letter to Jammu and Kashmir Governor. 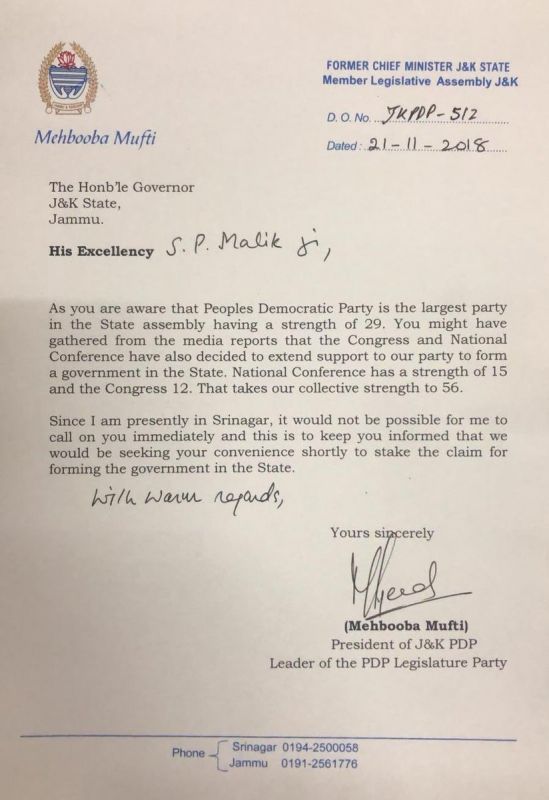 Mufti in a tweet said that she has been trying to send this letter to Raj Bhavan in Jammu. “Strangely the fax is not received. Tried to contact HE Governor on phone. Not available. Hope you see it @jandkgovernor”, she wrote on micro-blogging site Twitter.com

In another tweet, she said, “sending the letter also by mail”.

Mehbooba Mufti also said, “The BJP had started engineering defections in other parties for furtherance of its political motives…we three parties have decided to come together setting aside our differences on some issues for protecting Article 35A and stopping horse-trading amid tinkering with laws concerning political identity of J&K.”

Asked about the choice of chief minister, Mufti told local news agency KNS, “PDP will discuss the issue with its legislators, senior leaders and even grass-root level workers and name the candidate with consensus for the position of Chief Minister. It will take some time.”