Ruling BJP leaders have dismissed claims made by Congress that there has not been enough development in Budhni, known as the CM's bastion. 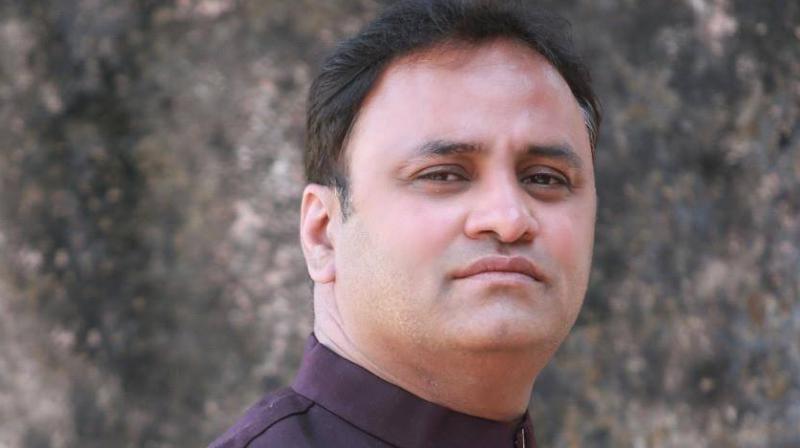 Yadav, who has also served in the Union cabinet in the past, stressed it was important for the Congress to come back to power in these elections. (Photo: @MPArunYadav/Facebook)

Nehrugaon: Locked in a pitched electoral battle against Madhya Pradesh's three-time Chief Minister Shivraj Singh Chouhan, Congress candidate Arun Yadav has said he is fighting a "devil" in Budhni and accused him of cheating people of his constituency and of the entire state by perpetrating "maximum atrocities".

Yadav, the former state president of his party, said there was no second thought that the Congress is fighting a big battle in the state to regain power after sitting out for 15 long years, but he has full faith in winning against Chouhan.

The ruling BJP leaders have dismissed claims made by Congress leaders that there has not been enough development in Budhni, known as the chief minister's bastion. The saffron party have countered the Congress's allegations by saying that the state has seen maximum development during the last 15 years, as against what was done during the Congress rule before that.

BJP leaders have said that Yadav has been made a 'sacrificial lamb'. Earlier, Chouhan had also taken a dig at the Congress for fielding Yadav against him, saying the grand-old party has done "injustice" to his "friend" -- first by removing him from the post of state unit president and then by giving him ticket from Budhni.

Yadav, however, said it was a privilege for him that he was chosen by his party for this contest against someone who is the face of the BJP's entire campaign for the November 28 elections for 230 assembly seats.

"This was a call from my boss Rahul Gandhi (Congress President). And I think the objective of my coming here is to give a sense to the electorate in Budhni that we can fight this," Yadav told PTI in an interview during his campaign tour in a constituency that has come to be known as Chouhan's pocket borough for repeatedly electing him.

"I call him (Chouhan) a devil. My party pitched me against him and I think it's a privilege for me. People are responding and that is the best part," the 44-year-old Congress leader and son of the state's former deputy chief minister Subhash Yadav said.

Asked further about his description of the chief minister as a "devil", Yadav said he has reasons to say so. "Madhya Pradesh is the only state in India where women are not safe, where the number of suicides of farmers is highest and in Sehore (Budhni district headquarters) it is the highest. During the last 15 years, there has been no employment for the youth. The biggest scam that was ever in MP is Vyapam, while there is illegal sand mining and other corruption," Yadav alleged.

Yadav, who has also served in the Union cabinet in the past, stressed it was important for the Congress to come back to power in these elections.

"I firmly believe this...it is for each and every worker and leader to go together and fight the battle out and make sure we are in power this time," he said, while hoping that the Congress will win about 155 seats to get a comfortable majority.

The two-time MP from Khandwa-Khargone seat further alleged Chouhan talks about infrastructure and industries and every year holds an industry meet, but there was no industry or employment.

"The state is totally bankrupt now and has a loan burden of Rs 1,70000 crore. He (Chouhan) calls himself 'mama' but under his rule there is maximum 'duraachar' and 'atyachaar'," Yadav alleged.

Chouhan is popularly known as 'mama' (maternal uncle) among his supporters, a moniker says he got work done for welfare of women and girls of the state. Asked how would he counter this image of Chouhan, Yadav described himself as the real 'Narmada Putra' from this constituency and a son of the soil.

"I don't believe in killing people or firing at farmers (referring to Mandsaur incident). For me, each and every voter is important. For me love and affection which has been given by people of Budhni's people to me is very important. If he is real 'mama' after being a chief minister, then why are people committing suicide and why are women unsafe?," he argued.

Yadav alleged even basic amenities are missing in the area after 15 years of rule by the BJP. "There are no roads, water and there is massive corruption here. People say that this constituency has been given to few people on contract. The chief minister talks about Narmada river, but in his own constituency the biggest scam is illegal sand mining which was being perpetrated by his own people and family," he said.

On being tagged by the BJP leaders as an "outsider" in Budhni, Yadav said it was a "propaganda" by the saffron party and he has not come across anyone from the area calling him an outsider as he was working in the area. He also ruled himself out of the race for the position of chief minister, saying he was "just a normal worker" and it was for the party high-command to decide who would get the charge of the state after elections.

He also promised to serve the constituency and fight for the people here even if he fails to get electoral success. Chouhan had won the last elections in 2013 with a margin of about 84,000 votes from Budhni and this time the BJP has given a slogan of 'Abki baar 1 lakh paar' (this time the victory margin should be over 1 lakh).