The trust vote is scheduled for Monday after House was adjourned after it failed to meet deadlines set by Guv Vala on July 19. 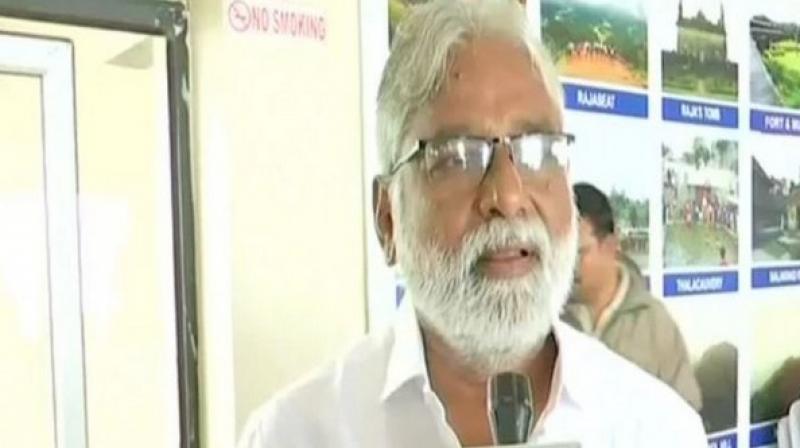 Ahead of the floor test, the Chief Minister has called a meeting of the Congress Legislature Party (CLP) leaders at the Taj Hotel in Bengaluru on Sunday. (Photo: ANI)

Bengaluru: N Mahesh, the lone BSP MLA the Congress-JD(S) government in Karnataka was counting on, on Sunday said he will not be attending the floor test scheduled to be conducted on Monday.

The Kollegal MLA said he will not attend the floor test on the direction of party supremo Mayawati.

Following his absence from the Karnataka Assembly session this week, there were reports that he was told by Mayawati to go against the coalition during the trust vote when it is moved by Chief Minister HD Kumaraswamy.

Ahead of the floor test, the Chief Minister has called a meeting of the Congress Legislature Party (CLP) leaders at the Taj Hotel in Bengaluru on Sunday.

The trust vote is scheduled for Monday after the House was adjourned in the wake of the Assembly failing to meet the two deadlines set by Governor Vajubhai Vala to complete the trust vote on July 19.

The 13-month-old Congress-JDS government slumped into a minority earlier this month following the resignation of several dissident MLAs.

Sixteen MLAs from the ruling coalition, including 13 from Congress and three JD(S) MLAs, have resigned from the cabinet.