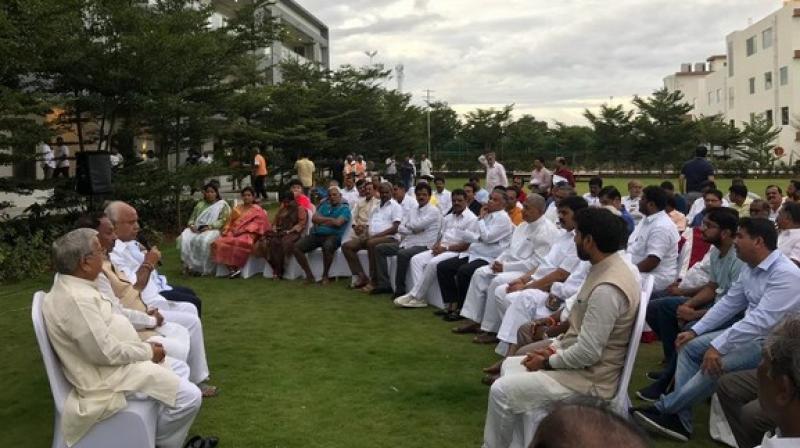 Bengaluru: Ahead of the floor test of the Congress-JD(S) coalition government in the Karnataka Assembly on Monday, the Bharatiya Janata Party (BJP) and Congress leaders simultaneously held legislative party meetings in Bengaluru.

A meeting of the BJP Legislative Party was convened at the Ramada Hotel here, while the meeting of the Congress Legislature Party (CLP) leaders took place at the Taj Vivanta.

The trust vote was scheduled for Monday after the house was adjourned in the wake of the Karnataka Assembly failing to meet the two deadlines set by Governor Vajubhai Vala to complete the trust vote on Friday.

The 13-month-old Congress-JDS government slumped into a minority earlier this month following the resignation of several dissident MLAs.

Sixteen MLAs from the ruling coalition including thirteen Congress and three JD(S) MLAs have resigned.