Jaishankar’s letter too was in response to a “congratulatory” letter sent to him earlier this month by Qureshi. 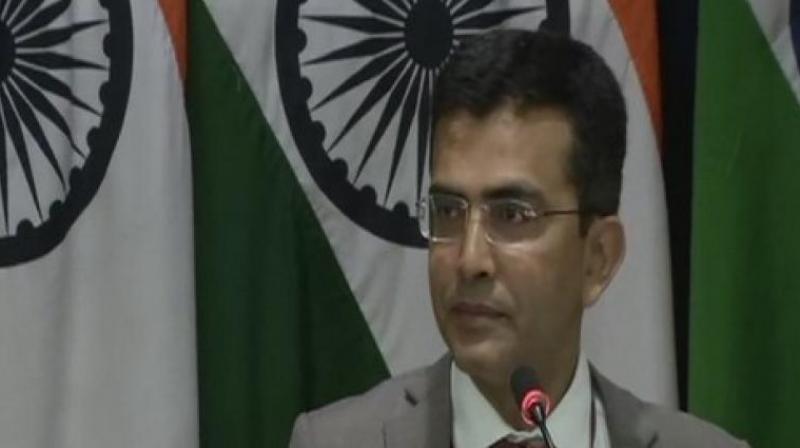 New Delhi: Reiterating the Indian position, Prime Minister Narendra Modi has clearly told Pakistan that “it is important to build an environment of trust, free of terror, violence and hostility” first before normality in ties, the Indian government said on Thursday. In a letter dated June 12 to Pakistan PM Imran Khan, Mr Modi also said India seeks normal and cooperative relations with all neighbours, including Pakistan. The letter was written as a response for a recent “congratulatory” letter written to Mr Modi by Mr Khan. The Indian position has been that “talks and terror cannot go together” and that Pakistan has to first stop sponsoring cross-border terrorism aimed against India.  The external affairs ministry said on Thursday evening that “there is no change in our position” and that “there is nothing in the letter (that calls) for a dialogue”.

According to the MEA, Mr Modi also mentioned the Kartarpur Corridor issue in his letter, saying India was committed and would continue to work for its early operationalisation, adding that the corridor (for Sikh pilgrims to visit the historic gurdwara near the border in Pakistan’s Punjab) should be functional throughout the year.

The letter was written just a couple of days before the two leaders exchanged pleasantries with each other on June 14 at the leaders’ lounge on the sidelines of the Shanghai Cooperation Organisation summit at Bishkek, Kyrgyzstan, that day. Similarly, external affairs minister S. Jaishankar has written to Pakistan’s foreign minister Shah Mahmood Qureshi asking that country to first create an “atmosphere free from the shadow of terror and violence”. Mr Jaishankar’s letter too was in response to a “congratulatory” letter sent to him earlier this month by Mr Qureshi.

Responding to queries “regarding replies to  congratulatory messages (from) Pakistan”, the MEA said Thursday: “As per the established diplomatic practice, PM (Modi)
and EAM (Jaishankar) have responded to the congratulatory messages received from their counterparts in Pakistan. In their messages, they have highlighted that India seeks normal and cooperative relations with all neighbours, including Pakistan. In his message, PM (Modi) said: ‘For this, it is important to build an environment of trust, free of terror, violence and hostility’. EAM (Jaishankar) also emphasised the need for an ‘atmosphere free from the shadow of terror and violence’.”

Dismissing reports in the Pakistani media that India had suggested a dialogue, MEA spokesman Raveesh Kumar said at a briefing on Thursday evening: “There is no change in our position. There is nothing in the letter (that calls) for a dialogue. Pakistan has to take action (against terrorism) that is irreversible.” Lashing out at the Pakistani media, the MEA spokesman said they “have a mindset to distort things”.

News agency and media reports from Pakistan earlier this month said Pakistan PM Imran Khan had in his letter in early June said Islamabad wants talks with New Delhi to resolve all differences, including on the Kashmir issue. In the letter to Mr Modi congratulating him on assuming office for his second term, Mr Khan had reportedly said talks between the two nations were the only solution to help both countries’ peoples overcome poverty and that it was important to work together for regional development.