As per a pre-poll pact, the BSP, SP and RLD are contesting on 38, 37 and 3 Lok Sabha seats, respectively. 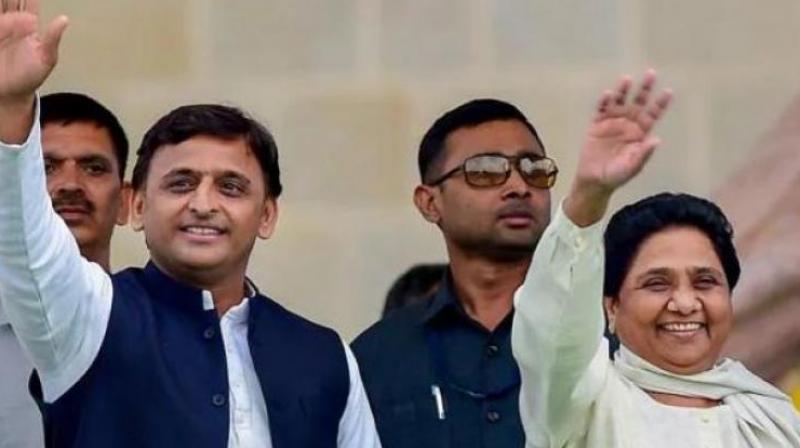 Targeting the BJP, Congress and other opposition parties, Mayawati said that voters should be careful not to fall for their tactics. (Photo: File)

Firozabad: Miffed by loud sloganeering allegedly by Samajwadi Party workers during her address at a rally in Firozabad, Bahujan Samaj Party supremo Mayawati said that the SP workers need to learn how to listen attentively from BSP people.

"The sloganeering and shouting you (SP) do in the middle of a speech, I think you should learn a little from the BSP people how they listen carefully to what I say. The SP people need to learn a lot," said Mayawati at a joint rally of the SP-BSP alliance which was also attended by SP chief Akhilesh Yadav.

Targeting the BJP, Congress and other opposition parties, Mayawati said that voters should be careful not to fall for their tactics.

"Parties are going all out to create an environment favourable for them by manipulating the media, opinion polls and surveys. Voters should not be misled by these things," she said.

"People should be able to see through the tall promises in manifestos of political parties and not get lured by it,” Mayawati added.

Burying decades-old hatchet, the SP and BSP have joined forces to take on the Congress and BJP in Uttar Pradesh. As per a pre-poll pact, the BSP, SP and RLD are contesting on 38, 37 and 3 Lok Sabha seats, respectively.