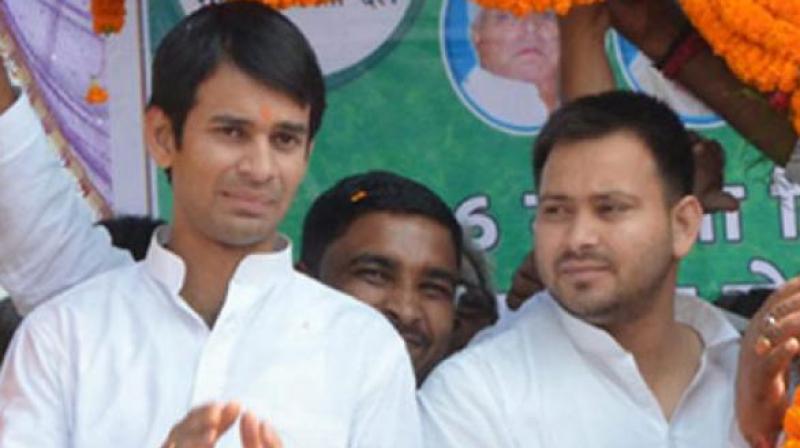 Patna: Bihar deputy chief minister Tejaswi Yadav and his brother Tej Pratap are likely to face judicial trial for concealing information regarding their properties and business while filing affidavit during the assembly elections in 2015.

“Tejaswi Yadav and Tej Pratap concealed details of properties and assets owned by them while filing election affidavit. I have prayed for the cancellation of their election and have also appealed for a CBI probe into the case,” petitioner Mani Bhushan Pratap Sengar said.

On Thursday, he wrote a letter to Bihar chief minister Nitish Kumar and urged him to initiate action against Tej Pratap Yadav for concealing details of his assets from election commission and the state government.