He, however, denied that linking of Aadhaar cards to the MGNREGA has been made compulsory to help with this. 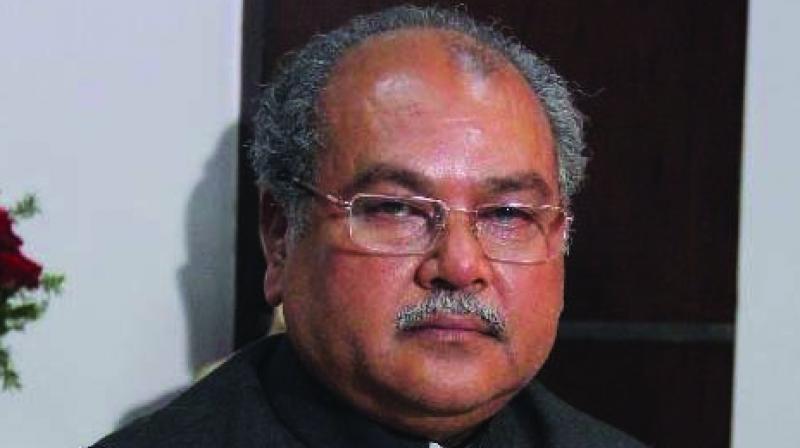 New Delhi: A government drive to weed out bogus workers under the National Rural Empoyment Guarantee Act has led to identification of 52 lakh fake job cards which have since been weeded out.

The drive was part of efforts to streamline the Mahatma Gandhi Rural Emplyment Guarantee scheme and ensure that no fake identities were paid, rural development minister Narendra Singh Tomar said. He, however, denied that linking of Aadhaar cards to the MGNREGA has been made compulsory to help with this.

Mr Tomar said that out of the 11 crore workers under the job guarantee scheme, eight crore have already got Aadhaar cards and 4.5 crore of these Aadhaar cards have already been linked to bank accounts. As of now 95 per cent of payments go to bank accounts and only about five percent are given in cash. “But it is (Aadhaar) not compulsory,” Mr Tomar said.

Civil society activists have alleged that the government was making Aadhaar compulsory to get work under MGNREGA and this was reducing the number of workers who can avail of work under this scheme.

The minister said that the government was committed to provide employment under the rural employment guarantee scheme and has already sent Rs 23,000 crore to the states for labour payment this year.

He added that nearly 92 percent of assets created under the MGNREGA have been put on geo-tracking and progress of work was being monitored centrally.

Mr Tomar also said that in this fiscal, the largest amount has been allocated to Panachati Raj Institutions under the 14th Finance Commission.

The Centre will be releasing more than Rs. 2 lakh crore to Gram Panchayats for five years to undertake physical and social infrastructure projects in the villages. This was a jump from Rs. 30,000 crore in the 13th finance commission.

In order to monitor the developmental work undertaken by the Panchayats, the centre has asked all Gram Panchayats to prepare advance planning related to specific problems faced by them and till date more than 1,75,000 village development plans have been received by the centre.

“We have also asked the villages to focus on one major problem they are facing first and use the entire funds allocated in one fiscal to address that problem,” Mr Tomar said.