The SP and the BSP have forged an alliance on 80 Lok Sabha seats in Uttar Pradesh. 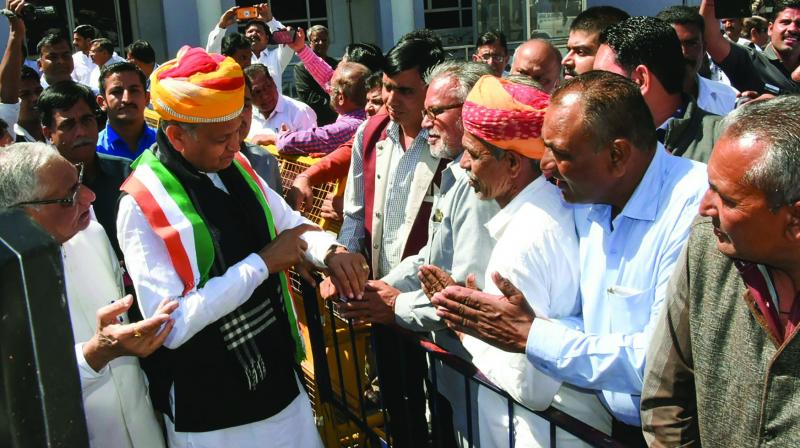 New Delhi: In the backdrop of the Congress facing difficulties in forging alliances in a number of states, Rajasthan chief minister Ashok Gehlot has asserted that if pre-election tie-ups are not formed due to "compulsions", the anti-BJP forces will come together post the Lok Sabha polls.

The Congress wants to enter into alliances in various states and party president Rahul Gandhi has clearly stated that the party will take to the electoral battlefield in the Lok Sabha elections with its alliance partners, Mr Gehlot said.

"The Congress has its compulsions as it is a national party. If the Congress does not forge alliances properly and its workers do not align with the alliance partners, then what is the use of such a tie-up," the senior Congress leader told agencies.

Talking about the Congress and the SP-BSP-RLD alliance fighting separately in the electorally crucial state of Uttar Pradesh, Mr Gehlot said the Samajwadi Party and the Bahujan Samaj Party have their own "compulsions".

"They (SP and BSP) are unable to come with the Congress due to their compulsions. However, pre-poll or post-poll, alliance will be done.

There will be pressure from the people," the 67-year-old leader said.

The SP and the BSP have forged an alliance on 80 Lok Sabha seats in Uttar Pradesh.

The SP will contest 37 Lok Sabha seats in the state and the BSP 38, leaving three for the Ajit Singh-led Rashtriya Lok Dal and two for Sonia Gandhi (Rae Bareli) and Rahul Gandhi (Amethi), as per the deal.